The XCOM series gets a reboot, but does this turn-based strategy title hold up against its classic predecessors?

There are some things you expect to see in an XCOM game: guns, gore, exploding aliens. A 7ft tall super-soldier with the face of Sid Meier? Not so much. And yet he's there, dressed in the finest sleek black armour and ready to do some serious damage to the alien horde.

Not that you get him at the beginning of the game, mind. Sid Meier is part of a collection of weapons and equipment that you get access to towards the tail end of this 3D reboot of the classic turn-based strategy game.

There are jet packs that elevate you to higher positions for greater shot accuracy, plasma rifles that can blow the face off a sectoid in seconds, ghost armour that makes you invisible to the enemy, and mind control techniques that let you use each enemies' own weapons against each other.

With a mighty set of weapons comes a mighty foe, and in the latter stages of Enemy Unknown it's the Chrysalids. They are, by the looks of them, the meanest of all of XCOM's aliens. They snarl and drool and wave maniacal claws as they leap and rip apart your soldiers.

But those soldiers are there to serve; they know the price of freedom. And you, as commander of the XCOM, must ensure that they do their very best to defeat the global alien invasion and see the continued survival of the human race.

On the battlefield, you have direct command of your units. They can can move twice in a turn, or dash further using both turns at once. Cover is the key to survival. Objects that make for good hiding places display full shields as you highlight them with the analogue stick. Ones that are less so display half-shields.

There's height to consider too, as you send your troops into the line of alien fire. Pressing up on the d-pad changes the verticality, letting you look at the surfaces of roof tops to see which would make great sniping areas for increased accuracy.

But of course, your alien opponents don't stand still. And when your turn is over, they sneak around you, trying to flank your position and unleash a few rounds from their lethal alien weapons. You command your troops to return fire by a few simple presses on the control pad. You can hurl grenades too, watching them bounce onto alien heads and explode in a gloriously gory splatter of green goo.

It's all very pretty, and all very slick. The interface is intuitive and visually stark, making it easy to pick out the information you need as it's overlaid over the detailed backdrops. There weren't any problems using a controller to command the action, but without trying out keyboard and mouse controls, it's difficult to tell if there is any disadvantage for doing so.

While there's action out on the battlefield there's still plenty to manage back at home base too. There's research to be done and manufacturing to instigate. A side-on view of your home base lets you jump to different departments with ease, while detailed 3D models and some slightly cheesy voice acting give you something to enjoy while you're deciding whether to cut up alien bodies for research or build a new plasma rifle.

There is of course the matter of strategy to think about too. Which country do you help? Which do you ignore? A world map showing the various panic levels of countries around the world helps you decide where to send the troops. But it's all a balancing act.

Neglect a country too much and they pull funding, so you have less to spend on research and development. But another, less panicked country might have greater rewards on offer for your help. It's another level of depth that just adds to the already tense turn-based strategy of the action sequences.

And if you get stuck, you can always call on Sid Meier. He's pretty good in a fight, you know.

XCOM: Enemy Unknown is due for release on October 12 for PlayStation 3, Xbox 360, and PC. 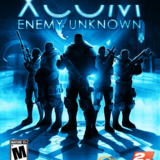