The XCOM-style strategy game is releasing on console in October.

2019's Phoenix Point, a strategy game from XCOM's Julian Gollop, is headed to console. The game will launch on PS4 and Xbox One on October 1 through the Behemoth Edition.

All three previous DLC packs, along with a fourth expansion called Corrupted Horizons, will be included with the Behemoth Edition. Players can also look forward to a UI and control setup designed for console, along a new DLC weapon bundle for console players. You can watch the console announcement trailer below from IGN, which also supplied all the details.

Phoenix Point is also being readied for PS5 and Xbox Series X|S, and everyone who buys the Behemoth Edition for PS4/Xbox One will be able to upgrade for free.

Phoenix Point expands on the XCOM formula with additional features--such as enemies that mutate and adapt to player strategy, AI-controlled factions that compete with the player's goals, and brand-new combat tactics. The game takes place on Earth in 2047 and sees you take command of the last remaining base standing against a Lovecraft-inspired alien threat.

The game was originally released in 2019 as an Epic Games Store exclusive before heading to other PC stores in 2020.

GameSpot's Phoenix Point review scored the game an 8/10. "As a hybrid tactical/strategy game, it's dynamic and deep with the occasionally disorientating misfire along the way. As a contribution to the genre XCOM first defined, it's a well-aimed shot," reviewer David Wildgoose said. 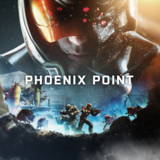