Chaos Reborn entering the final hours of its crowdfunding campaign.

The original creator of the XCOM series is inching closer to securing the required funding for his next title, Chaos Reborn, though its future is still uncertain as the Kickstarter campaign heads into its final hours.

To encourage players to fund development of the project, Julian Gollop has released the Chaos Reborn prototype to the public. To play, you'll need to go to this webpage and have the Unity web player installed.

At time of writing, Chaos Reborn has raised $160,328 of its $180,000 goal, and has 63 hours left to secure the remaining funds. The prototype uses a lot of placeholder graphics and animations, however. "Judge it by the fun, not the bling," says Gollop.

Chaos Reborn is a revival of Gollop's 1985 ZX Spectrum title Chaos: The Battle of Wizards. The game is strategy titles that has players taking on the role of duelling wizards, who summon monsters to fight in turn-based battles.

Gollop was the director of 1994 classic X-COM: UFO Defense. 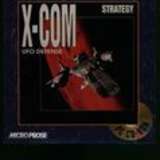