The team of modders responsible for XCOM: Enemy Unknown's Long War has a new name is now at work on multiple new projects, including Long War 2.

Long War Studios, as the team was previously known, has changed its name to Pavonis Interactive. It also confirmed a pair of new projects, one of which is an entirely original work.

The first is Long War 2, though there are unfortunately no details on it at this point. The original Long War is a total conversion mod for Enemy Unknown that makes sweeping changes. It offers an extended campaign, more classes, new voice acting, and much more, and has been praised by XCOM developer Firaxis in the past. The creators responsible for it even partnered with Firaxis and 2K to be the first to develop mods for XCOM 2, though none had anywhere near the scope of Long War. Specifics regarding Long War 2 will be announced in the coming weeks.

A statement on its new website explaining the group's name change talks about its plans to also develop original games unrelated to XCOM.

Elsewhere on the website, Terra Invicta is described as being in pre-Kickstarter development. The description is also expanded on slightly: "Terra Invicta is a grand strategy game in which the player leads the defense of Earth during an alien invasion. An alien force has arrived in the far reaches of Solar System and begun probing Earth's defenses and building an invasion fleet. The player must assemble a council of scientists, politicians, military leaders and operatives who can unite Earth's squabbling nations with the ultimate goal of taking the fight to the aliens in the high ground of outer space."

There's not yet any word on when Terra Invicta will land on Kickstarter, nor when Long War 2 will arrive for XCOM 2. 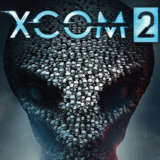