A new update for the Xbox One version of Terraria has caused a "serious issue" that makes the game's online multiplayer unplayable.

The new update launched on July 6, and in a tweet today, 505 told fans to "avoid" Terraria's online multiplayer as the company finds a permanent fix.

"We are sorry to confirm that a serious issue exists in the Xbox One Terraria update that was published on July 6, version KTCP-20160531," 505 said (via VideoGamer.com). "Online multiplayer is broken, and players should avoid trying to use that game mode for now.

"Single-player and local multiplayer are not affected, and can be safely used. Be assured that we are working on fixing this currently and we will get a fix out as soon as practical."

There is no word yet on when the fix will be delivered. Keep checking back with GameSpot for the latest.

Terraria was originally released on PC in 2011, before coming to consoles later. The Xbox One version (along with a PlayStation 4 edition) launched in November 2014. Terraria has been a big hit, as it's sold more than 18 million copies across all platforms. 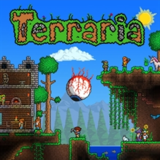