Take a hellish vacation or storm the beaches.

Two more games have been added to the Xbox One backwards compatibility list: the supernatural action game Dante's Inferno, and the strategic competitive game R.U.S.E. Dante's Inferno will also be added to the EA Access Vault later this week, allowing subscribers to that service play it for free.

Dante's Inferno was EA's attempt at capturing some of the God of War magic, with a violent horror-inspired action game based on religious mythology. This one was based loosely on the famous epic poem by Dante Alighieri, The Divine Comedy, and so it had allusions and reinterpretations of famous hellish imagery. R.U.S.E. is a competitive real-time strategy game from 2010 with a focus on decoys and information warfare.

Both Dante's Inferno and R.U.S.E. received generally positive reviews on GameSpot sister site Metacritic--a 75 and 76 average, respectively. As with all games when ushered into the backwards compatibility list, if you already own them digitally they will show up in your collection automatically. Physical copies can be played by popping the disc into your system

That list is growing larger by the week, as newly introduced games have made for a pretty massive list of backwards compatible games. Microsoft has been pushing this initiative, both to add value to its regular Games With Gold rotation, and to boast a massive back-catalog for its Game Pass subscription service. If you need some pointers on the best backwards compatible games, we have you covered. 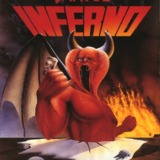