EA Access subscribers have another game in their Xbox One library starting today.

Xbox 360 snowboarding game SSX has been added to the Vault, allowing subscribers to play the full versions as much as they want for as long as they're a member. If you're a longtime Xbox Live Gold member, it's possible you already had access to it for free, as it was given away as a Games With Gold game in December 2014.

Whatever the case, as of May, SSX is playable on Xbox One through backward compatibility. The 2012 game is the most recent entry in the series. No plans for another game have been announced, and the closest thing from EA--Criterion's extreme sports game--is no longer in active development. At least we have Ubisoft's Steep to look forward to for snowboarding action.

EA Access is available for $5 per month or $30 per year. In addition to access to games in the Vault, it provides discounts on digital EA purchases and early access to select games. It's only available on Xbox One, although PC users have a similar service in Origin Access.

You can read GameSpot's review of SSX here. 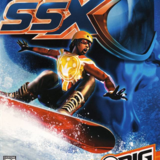