Xbox One: Two Games Have Been Added To Backwards Compatible List

Larry "Major Nelson" Hryb has announced via Twitter that another two titles are now Xbox One backwards compatible. If you happened to own an Xbox 360, you'll probably recognize both as Xbox Live Arcade titles.

The first title, Hydrophobia, is a survival adventure game first released in 2010 for Xbox 360 before making its way onto PC and PS3 the following year. The game takes place on a massive ocean vessel where the wealthy elite can live in comfort while the rest of the world suffers from overpopulation. You play as Kate Wilson, an engineer aboard the vessel who must reluctantly become its savior after a terrorist attack leaves the ship susceptible to flooding. In our Hydrophobia review, we criticized the game's "poor dialogue and voice acting, as well as stereotypical supporting characters" but praised the "impressive" water visuals and "tense atmosphere."

The second game, Marathon: Durandal, is the 2007 Xbox 360 port of Marathon 2: Durandal, a first-person shooter made by Bungie that first released on PC in 1995. Durandal puts you in the shoes of a security officer who must search the ruins of an alien civilization on another world in search of something that will help stall an invasion of Earth. The Xbox 360 version of the game supports four-player splitscreen and eight-player co-op over Xbox Live. In our Marathon: Durandal review, we remarked how even back in 2007, the game "really shows its age" but it's still interesting to play as "the spiritual predecessor to [Halo: Combat Evolved]."

Last week, four more games were added to the full list of Xbox One backwards compatible titles. For both Hydrophobia and Marathon: Durandal, you'll need to already own or buy their digital versions from the Xbox Live marketplace to play them. However, for backwards compatible Xbox and Xbox 360 games that have a physical version--of which these are our favorites--you can use their original disc in your Xbox One. 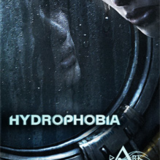