It's not Skate 4, but it might be of interest for skateboarding fans.

One of the new game reveals at Microsoft's E3 2018 briefing was for a new skateboarding game called Session. The game was released on Steam Early Access earlier this year, but the Xbox One version has now been delayed to a later point in 2019.

In a Facebook post, developer Creature Studios said the team needs "more time" to finish the Xbox One port. The game is now slated for release in late November or early December.

"We know this sucks and we totally understand as we know you have been waiting to play the game on console for a while now," the studio said. "We know it’s not great news to hear, but it’s not particularly fun to announce either, especially for a small studio like ours."

"It is never easy to make such decisions as we know it can have an impact on several levels, so these decisions are never taken lightly," the studio added. "We thank you for your understanding and hope you will stick around for the Xbox One release!"

Session was originally funded on Kickstarter, bringing in some CA$ 163,716, which was more than double its funding target. The game has a unique control setup where each stick represents one of your feet. Unlike the Tony Hawk or Skate franchises, there is no scoring system and the game has a day/night cycle. 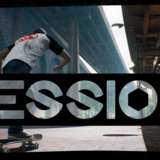