Xbox One Games With Gold kicks off in June, resembles PlayStation Plus

Xbox Live Gold members will begin getting "subscription-based access" to free Xbox One games next month.

Alongside today's announcement that Microsoft will launch an Xbox One system that doesn't include Kinect, the company finally revealed that the Games With Gold promotion is coming to Xbox One--but with some changes to the way Gold members get their free games.

Beginning in June, Games With Gold will begin bringing "subscription-based access to free games" to Xbox Live Gold subscribers. Next month, Gold members will be able to download and play Halo: Spartan Assault and Max: The Curse of Brotherhood for free.

What stands out about this is the "subscription-based access" qualification: It sounds as if you'll only be able to play these games while your Xbox Live subscription is active, as is the case with PlayStation Plus' Instant Game Collection offerings. We don't yet have all the details, like whether you'll be able to play the free games indefinitely as long as you have a Live subscription or how long the games will be offered for.

Whatever the case, this already stands in contrast to the Xbox 360's version of Games With Gold. Since it launched last year, it's offered up two free games for Xbox Live Gold members every month. These games could be downloaded and kept forever--even if your subscription lapsed, you'd still be able to play and re-download the free games you had downloaded previously. This gave it a leg up in one way on PlayStation Plus, which only allows its freebie games to be played while subscribed to Plus. But it also had the effect of the offered games almost always being older ones, resulting in a great deal of criticism.

Microsoft initially announced plans to bring Games With Gold to the Xbox One last year, but offered no timeline for making it happen. In February, Xbox boss Phil Spencer indicated we'd be getting word "fairly soon."

Also coming to the Xbox One in June are the regular sales, branded Deals With Gold, that have been seen on the Xbox 360 for some time now. The first Xbox One games to be discounted through this will be Forza Motorsport 5 and Ryse: Son of Rome, as well as "a few other surprises."

Xbox Live Gold members will also soon have access to a "virtual VIP room" on the Xbox One that offers a look at the "free games, monthly deals, and other great benefits" they're entitled to. 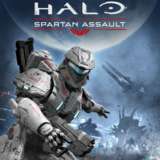