[UPDATE] Not so fast; Microsoft says the promotion was posted by mistake.

[UPDATE] Following the publication of this story, a Microsoft representative told GameSpot that the "Free Play Day with Gold" promotion was posted by mistake.

"A promotional tile for Max: Curse of the Brotherhood was posted briefly on the US dash in error yesterday," the Microsoft representative said. "We apologize for any inconvenience. We're constantly exploring different ways to offer more benefits to our Xbox Live Gold members and will keep them updated when special offers become available."

According to an image posted on Reddit, Microsoft will introduce a new promotion that offers free access to select Xbox One games for one day. The name of the promo is reportedly "Free Play Day with Gold," suggesting you get 24 hours of access and that you need an Xbox Live Gold subscription.

One of the first games in the Free Play Day with Gold promo is Max: The Curse of Brotherhood, which you can see in the image--posted by user JBurton90--alongside August's free Games with Gold offerings, Strike Suit Zero: Director's Cut and Crimson Dragon.

@PrestoFriend531 Gotcha. Looks like it is actually. We'll be in touch here shortly. :) ^AD

We have followed up with Microsoft asking for more details about the rumored program and will update this post with anything we hear back.

What do you think about the idea for Free Play Day with Gold? Let us know in the comments below! 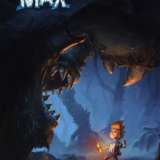 Max: The Curse of Brotherhood
Follow
$19.99 on Walmart
Buy