New footage has emerged of Microsoft's new Xbox One game Phantom Dust. The game was being developed by Darkside Games before the studio was shut down last month. Now, Kotaku has leaked footage from "a source who worked on the game" that showcases Phantom Dust's gameplay.

Despite the closure of Darkside Games, Microsoft confirmed with GameSpot that Phantom Dust is still in development, and that it would share more details on the game closer to release. No further information has been revealed since then.

The video shows what Darkside Games had worked on prior to Microsoft cutting ties with the studio, leading to it being shut down. In it, two players battle using a variety of abilities, and the environment crumbles around them when shot at.

Phantom Dust is an Xbox One reboot of the 2005 Xbox game of the same name. According to the source, the plan was to make the reboot "70% original game, 30% new."

"Over time that turned into 'remake Phantom Dust,' so that was our goal for the last half of development. We were going to update and streamline a very dated game (especially their menu system and horribly paced single player), but otherwise it was going to be a reboot/remake. I'd say we were probably trending towards an 85% remake, 15% new," the source said.

We don't know what the new game will be like now, but what would you like to see in a Phantom Dust reboot? Let us know in the comments below. 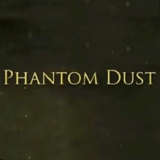