Xbox One Console Exclusive Revealed, Launches Day One On Game Pass This Year

Exclusive to Epic on PC.

Zen Studios has announced its upcoming RPG, titled Operencia: The Stolen Sun, will release as an Xbox One console exclusive. The game will also be enhanced on One X and launch day one on Xbox Game Pass.

"Much of our development team grew up on classic RPG series like Wizardry, The Bard's Tale, and Eye of the Beholder--and we're just not seeing many games like those these days, especially on console. So not only would creating a CRPG for Xbox One be something we want to play--it would also fill a void," Zen Studios creative director Chris Baker wrote in a blog post.

[Update: While we don't know exactly when to expect this, we do now know what's coming to Game Pass in February. Crackdown 3 is the headliner, but other free games for subscribers include Shadow of the Tomb Raider and Batman: Return to Arkham.]

Operencia represents yet another title that the Epic Games Store has managed to nab away from Steam. The RPG was originally scheduled to launch on Valve's store when it was first revealed during the Kinda Funny Games Showcase. However, in a blog post, Zen Studios announced that Operencia caught the eye of Epic after the showcase, and a deal was made. Epic has quickly become a competitor to Steam's dominance of the PC gaming market by grabbing impressive exclusives, like Hades and Ashen, and securing triple-A games that were originally scheduled for Steam, such as The Division 2 and Metro Exodus. Valve described the loss of Exodus as "unfair" to customers.

Operencia takes place in the fantastical, titular place. The land of Operencia is referred to in several folktales told in Central Europe, and the game takes the concept of these fictional stories to deliver an expanded universe that incorporates both fantasy creatures and real historical figures. The game is played in first-person and has tile-focused, turn-based combat. For a more challenging experience, you can turn on permadeath mode and/or turn off automapping.

Operencia: The Stolen Sun is scheduled to launch on Xbox One and PC in Spring 2019. 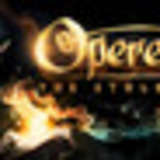