According to Square Enix, Microsoft is working on a solution that will allow multi-disc Xbox 360 games to work on Xbox One through backwards compatibility and it'll be ready early next year.

Tweets from the official Deus Ex account (via Game Informer) confirm that Deus Ex: Human Revolution's Missing Link and Director's Cut content are not currently supported for the game's newly launched Xbox One backwards compatibility version. However, the Xbox engineering team is planning to deliver its solution early next year, according to Square Enix.

The Human Revolution Director's Cut version sported a number of upgrades over the original version, including better boss battles, improved graphics, and smarter AI, among other things. On Xbox 360, it shipped across two physical discs.

For those asking: Missing Link and DXHR Director's Cut are currently not supported, but the Xbox team expect them to be early next year.

During E3 this year, Xbox boss Phil Spencer said Microsoft's engineers were looking into how to introduce support for multi-disc games.

"We're still working on multi-disc," he explained at the time. "Lost Odyssey and Blue Dragon are some of my favorites from the 360. There's actually work in packing a multi-disc into single that requires us to go back and look at the original package on the multiple discs and reconfigure that."

For more on Xbox One backwards compatibility, you can check out this post to see all 16 of the games added to the lineup this month. 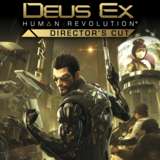