What we heard: For the past several years, the weeks leading up to the E3 Media and Business Summit have seen major game companies suffer from a series of leaks. This year, however, will rank among the top of the list, apparently thanks to a cornucopia of ill-protected information on the Web site of the market-research firm Intellisponse.

Though the company has yanked any offending pages from its site, information sourced to Intellisponse has now been disseminated across the Internet, most prominently on the raucous game-gab souk known as the NeoGAF forums. The lengthy post, embedded with shots purporting to be part of an internal Intellisponse slide show, contains information that--if true--blows the lid off over a dozen projects from top game publishers, including Activision and Microsoft.

First and foremost, the alleged leak appears to have outed some major new projects from Microsoft. According to another Intellisponse-sourced screen on Xbox360 Fanboy, the software giant is planning to replace the GamerPics that currently indentify Xbox Live users by sight with "Avatars." The screen shows a host of cartoonlike characters that resemble a more graphically complex version of Miis used by the Nintendo Wii--characters that have already been derisively dubbed "MiiToos."

"Avatars are digital personas available this holiday for all connected Xbox LIVE owners and this spring for all new console owners," read the copy of a scanned image attributed to Intellisponse. "'Avatars' will be used in place of the gamer picture you have today and will you a much more animated, lifelike, and fully customizable persona to reflect who you are online." According to the NeoGAF post, the avatars will also appear in certain Xbox 360 games much like Miis do in Wii titles. However, unlike Miis, the avatars will have "hundreds of clothing options."

Today's Avatar leaks come more than two months after an early-April MTV report that > Rare is working on a Mii-like Avatar system for Xbox 360 games which use a motion-sensing controller. That same report said the controller is laid out much like a Wii Remote and a built-in microphone.

The item described in April sounds like it could be the microphone add-on to Lips, an Xbox 360 Karaoke game also reportedly unveiled in the Intellisponse documents. The game will supposedly come with two "wireless mics [that] are interactive, with lights on the shaft of the microphone that pulse to the rhythm of your voice, and motion sensors that allow you to dance, move or swing to score points. [(Emphasis added.)] ... Lips scores you on your singing (pitch, rhythm, and tune) and overall performance."

Though it will come with 30 songs preloaded, Lips will also allegedly allow players to download songs from Xbox Live Marketplace and--perhaps most importantly--let players rip songs from their CDs or MP3 players and then sing over them. "The game will reduce the vocals so you can sing along and be heard, and score on whether you're in tune," said the description. "Lyrics can also be added directly into the song to sing along."

Finally, in other Microsoft news, the Intellisponse documents also apparently revealed the existence of a new Scene It? game, Scene It? Pop Culture Edition, which will sport "trivia challenges about movie, music and pop culture."

The official story: "It is our policy that we do not comment on rumor or speculation."--representative from Intellisponse's external PR agency. Microsoft reps had not returned requests for comment as of press time.

Bogus or not bogus?: Coupled with the April reports, the magazine scan, and increasing chatter about a major Xbox Live overhaul in the offing, these detailed reports appear to be legit. However, it must be stressed that nothing is official...yet. 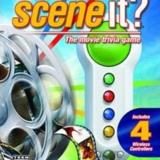