Xbox Live's promised land of social networking is getting closer to fruition.

Xbox Live's promised land of social networking is getting closer to fruition. The company's been telling us about the upcoming Twitter, Facebook, Last.fm, and Instant On 1080p video marketplace for some time. We got to sit down with Ron Pessner, a general manager of Xbox Live Engagement, to test drive these upcoming additions.

Microsoft knew it would be difficult to recreate the full experience of all of these website applications, especially since they're best experienced from two feet away, and with a mouse and keyboard. The new apps are very focused in their capabilities, and from what we got to experience, quite functional in their own right. 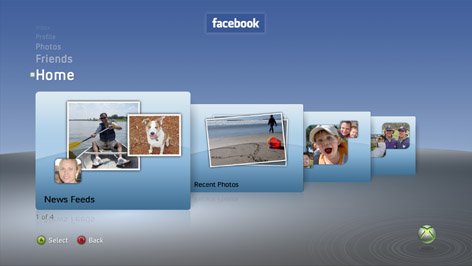 Facebook on Xbox Live pulls in the news feed and auto scrolls it if you leave it to its own devices. Poking around the New Experience themed menu revealed that we could check up on friends, update our status, and really get down and dirty in the photos section. We had a blast flipping through both our photos and those of our friends. Navigating through the snapshots was quick and intuitive, and commenting on them, even easier.

Out side of that you're also able to able to find friends on Facebook that have Xbox Live accounts. Quite a time saver if you don't want to bother asking all of them what their gamer tags are. 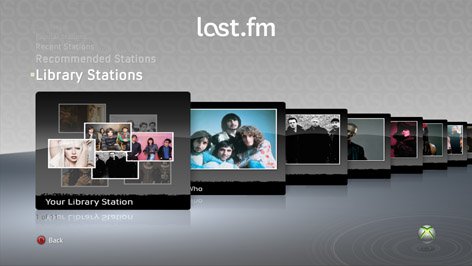 Last.fm lets you stream music, set up faux radio stations, and even explore the musical selections of your friends. The whole experience is geared around getting to the music as quickly as possible. While the tunes plays, the app streams in pictures of the band as a backdrop. Should you want to explore a bit while listening, amble over to the more information button to learn more about the band. Microsoft and Last.fm are also rolling out a "Gamer" radio station that they think will appeal to us. We didn't get to explore that as much as we'd like to, but we're certainly curious as to what they came up with.

Twitter is probably the least New Experience stylized app of the bunch. The service is dead simple. Post 140 characters or less on whatever you want and that's it. The Xbox Live app lets you explore your friend's feeds, follow new users, search, and post new tweets. You can also leave it on to automatically get a stream of Twitter updates from your friends as well. The backdrop shifts around with simple animations so that your screen doesn't burn-in. 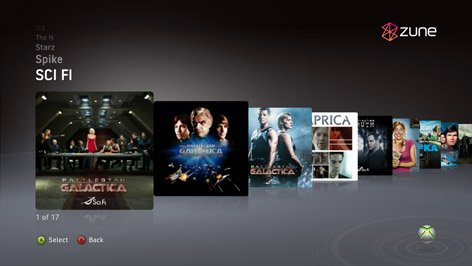 We really got a kick out of the Instant On 1080p Zune video marketplace. The service still has its quirks (we saw a beta), but it looks and feels spectacular. In a nutshell, you can buy and rent video from it in 1080p quality. As a plus, files you purchase will be usable on the Zune, Xbox 360 and your PC. We didn't get to experience downloaded video, but streams we saw looked great. Microsoft's software constantly checks your bandwidth to make sure you're getting the best image possible at any given point in time. If your brother starts downloading a large file, the video quality will get a little blockier, but it will continue without a hitch. Once he's done downloading, the video quality will automatically get much more crisp.

Microsoft didn't indicate a specific date for all these new features, but it aims to release them sometime in November.