Besiege is coming to console and it'll be included on Game Pass at launch.

A console version of the physics-based building game Besiege is in the works, and will launch day one on Xbox Game Pass, Microsoft has announced. It will debut on February 10 for Xbox One and Series X|S.

Besiege is coming to Xbox through the Game Preview program, so players should expect an in-development version that might have bugs and other oddities.

The PC version of Besiege released in 2020, and it has been "heavily reworked" for console, Spiderling Studios director Matthew Woolven said in a post on Xbox Wire. "Large sections" of the game have been rebuilt for console specifically, and this also includes a new UI and controller support.

In Besiege, you create medieval engines and then use them to fight off enemies. The console edition has a new "Workshop" feature that lets you share their machines and take screenshots to create a thumbnail to help it stand out. You can see what this looks like in the image above.

There is no word yet on if Besiege will be released on other platforms such as PlayStation 5 or Nintendo Switch.

In other news, the PC edition of Besiege was just recently updated to a 64-bit version. "This will mean players with powerful computers will see a huge performance boost when playing with larger machines, during testing we've seen up to a 3x FPS boost on certain workshop items!" the developer said in a post.

January 2022 has been a big month for Game Pass, with new additions to the catalog including Mass Effect Legendary Edition, Outer Wilds, Rainbow Six Extraction, The Hitman Trilogy, and more. 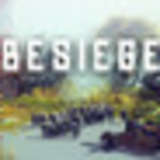