After confirming in August that Blue Dragon is coming to Xbox One through backwards compatibility, Xbox boss Phil Spencer has now talked about it again.

Asked by someone on Twitter if there was any hope for Blue Dragon 2, Spencer said he's more focused right now on getting the Xbox 360 game playable on Xbox One.

@SlimFreakinFast Right now more focused on getting BD1 to XB1 owners. I'd never say never but not working on BD2 now.

"Right now more focused on getting BD1 to XB1 owners," he said. "I'd never say never, but not working on BD2 now."

In August, Spencer revealed that Blue Dragon was coming to the Xbox One backwards compatibility program is something of a funny fashion. Asked straight up if the game was coming to Xbox One, Spencer said, "I'm not allowed to say but yes."

There are now more than 250 Xbox 360 games playable on Xbox One through backwards compatibility. You can see a list of all of them right here. 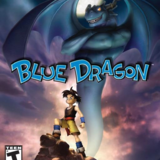