Ever since Microsoft revealed that it was going to launch the Xbox 360 worldwide this year, gamers have been asking themselves one question: When? The majority of industry-watchers agreed that it would likely be in mid-November. After all, that would coincide with the fourth anniversary of the original Xbox's November 15 launch and the third anniversary of Xbox Live going online. It would also give developers the maximum amount of time to polish the first games for the console while allowing Microsoft to take full advantage of the holiday shopping season, which traditionally starts the day after Thanksgiving.

As the fourth quarter of 2005 approached, more clues to a mid-November launch surfaced. Even before Microsoft unveiled the machine on MTV on May 12, the network accidentally revealed that the first games for the platform would be "due in November." Later that month, a Canadian subcontractor accidentally told a newspaper that the company had "a huge mandate for getting [the Xbox 360] out for Thanksgiving this year."

Now it appears that Microsoft will make its pre-Turkey Day mandate…barely. In its pre-Tokyo Game Show conference on Thursday afternoon, Microsoft announced that it is shipping the Xbox 360 in North America on Tuesday, November 22, two days before Thanksgiving. The company also said the console is already being manufactured en masse, with "state-of-the-art facilities producing millions of units."

As previously revealed this week, Microsoft will stagger the release of the Xbox 360 by territory. Europe will get the console on Friday, December 2, while it will hit Japanese store shelves on Saturday, December 10. Microsoft also announced the Japanese price for the Xbox 360. Instead of the two SKUs announced for North America and Europe, Japanese gamers will have only one available for 37,900 yen ($343.20). It will be the equivalent of the $399 Xbox 360 package in the US and will come with the 20GB detachable Xbox 360 hard drive, a wireless controller, a media remote control, a component HD-AV cable, an ethernet cable, and batteries. The first Japanese shipment will include a number of commemorative packs that also bundle in an Xbox 360 headset valued at 2,500 yen. The possibility of a "core" system sans hard drive being released in Japan in the future wasn't ruled out, but there are certainly no plans to do so at this time, even though the only announced game that requires it at this point is Final Fantasy XI.

Other games confirmed for release during the Japanese Xbox 360 launch period (up to and including January 2006) include:
· Dynasty Warriors 5 Special
· Need for Speed Most Wanted
· Wrestle Kingdom
· Ninety-Nine Nights
· Project Gotham Racing 3
· Tengai Makyou Ziria

"This holiday season, gamers in Japan, Europe and North America pining to experience jaw-dropping high-definition graphics, unmatched online play and compelling digital entertainment features of Xbox 360 will finally have the chance," said chief Xbox officer Robbie Bach. "Renowned development studios around the world are busy putting the finishing touches on their Xbox 360 games. We expect a strong portfolio of titles on launch day and through the holidays that will appeal to fans of every genre and gamers in every region, and with more than 200 games currently in development, continuous new additions to the library are on the way."

Of the 200 games Bach mentioned, 27 will be on display at the Xbox 360 booth at the Tokyo Game Show. Those in bold are expected to be playable.

GameSpot will have details about chief Xbox officer Robbie Bach's keynote address and Xbox 360 game impressions fresh off the show floor as part of our ongoing coverage of the . 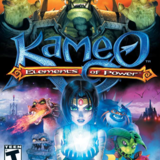