If there's one thing former San Jose Mercury-News writer Dean Takahashi knows, it's Microsoft's gaming hardware. In 2002, his book Opening the Xbox recapped the making of the software giant's first entry into the console game industry. Shortly after Microsoft launched its follow-up, Takahashi...

If there's one thing former San Jose Mercury-News writer Dean Takahashi knows, it's Microsoft's gaming hardware. In 2002, his book Opening the Xbox recapped the making of the software giant's first entry into the console game industry. Shortly after Microsoft launched its follow-up, Takahashi followed suit with The Xbox 360 Uncloaked. 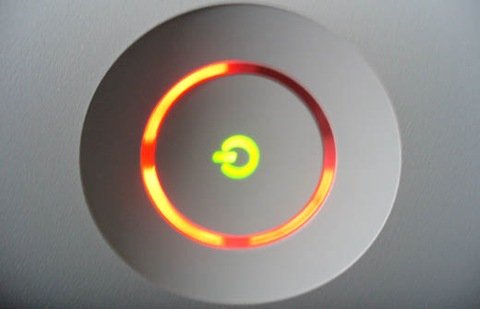 It's little surprise then that Takahashi, currently a writer for Silicon Valley blog VentureBeat, would be the guy to go whole-hog into the saga of the Xbox 360 hardware's ongoing reliability issues. In a newly published feature that Takahashi considers the final chapter of his Xbox 360 book, the reporter meticulously recounts how Microsoft launched a gaming system with unacceptably high failure rates and its attempts to address the problem.

In July of 2007, Microsoft publicly acknowledged the so-called "Red Ring of Death" issue and took a corresponding financial hit of more than $1 billion to fix it. Prior to that acknowledgement, Takahashi reports that Microsoft had taken returns on 1.2 million of the roughly 11.6 million shipped Xbox 360s. However, the problems responsible for that return rate had been around since before the console hit shelves.

Takahashi quotes a Microsoft engineer who raised the issue of hardware reliability in August of 2005, months before the system's November launch. At the time, 68 of every 100 Xbox 360s made by Microsoft's Chinese manufacturing partners were coming off the line nonfunctional. Worse still, when the first batch of the system's three-core CPUs rolled off the line, only 16 percent worked.

On top of that, Microsoft reportedly altered the design of the system repeatedly in the latter stages of development. The company added hard drives to most machines and made wireless controllers standard, further blocking cooling airflow inside the console. There were even issues with the QA machines that supposedly ensured the 360's system reliability. Takahashi reports that the machines would approve faulty units and were not properly debugged because Microsoft wanted to save $2 million on a $25 million contract with its third-party manufacturer.

"It turned out in the end that this was all going too far, too fast," an unnamed source told Takahashi. "They were adding too many features after things were locked down. That incremental feature adding just made it fragile."

The article goes on to say the post-launch shortage of Xbox 360 systems was due partly to Microsoft's inability to make enough functioning units to satisfy demand. In the spring of 2006, Microsoft had half a million returned or defective units sitting in warehouses, all while publicly stating that returns were within normal rates for consumer electronics.

Problems with quality control continued to plague the system, so much so that Microsoft actually ceased production of the Xbox 360 in 2007 between January and June to find and address the issue, according to the report. The production stoppage was also due to a surplus of systems at retailers from the prior holiday season, a fact which led to accusations of channel-stuffing on Microsoft's part.

As for what the ultimate culprit for the faulty console was, Takahashi reports it was a combination of factors. The ATI graphics chip had overheating issues, solder joints were prone to failure, and assembly and memory issues were widespread.

"The video game industry has never seen a consumer problem as bad as the 'red rings of death' and the size of the $1.15 billion charge stands as one of the biggest liability glitches in consumer electronics history," Takahashi wrote. "How Microsoft handled the flaw may provide a lesson for all modern electronics companies; that is, if you are going to promote the hell out of something, it better work the way you say it does, and you better have a strong customer support and engineering debugging team to back it up."