Microsoft reportedly reversing its publishing stance for 360 games on the Xbox Live Arcade; new system coming into effect in August.

Independent game developers will soon be able to publish Xbox Live Arcade games on the Xbox 360 without the need for a third-party publisher, Polygon has reported.

According to Polygon, developer FarSight Studios made the announcement in a newsletter, stating, "Microsoft has just announced that indie developers (like FarSight) can now self-publish on Xbox Live Arcade instead of being required to find publishers for their games."

FarSight Studios reportedly stated that the ability for developers to self-publish on the Xbox Live Arcade for the 360 will be available from August this year.

Microsoft recently confirmed the ability for independent developers to self-publish on the next-generation Xbox One console, effectively reversing its original policy. More details about the program will be shared at Gamescom next month. 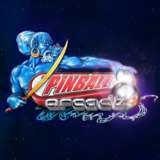