It's a small discount, but this is the best price we've ever seen for the popular controller.

The Xbox 20th Anniversary Controller was a hot commodity when it arrived last year, but Amazon is now offering it at its lowest price ever. It's not much of a discount, but you can now pick up the sleek gamepad for $65--down from its usual price of $70. 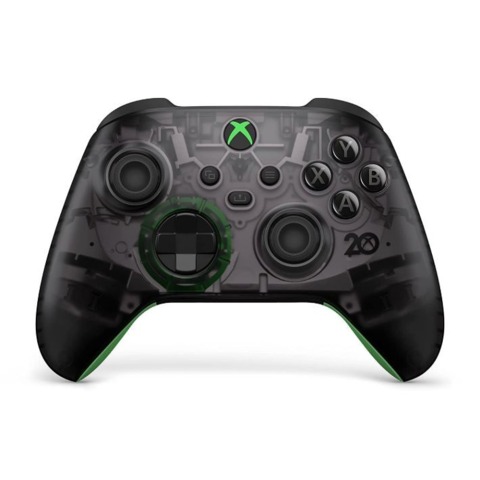 Featuring a green and translucent black design, the controller takes cues from the original Xbox console from 20 years ago. Everything else about the controller is par for the course, as it runs on AA batteries and has a USB-C port for wired connections. You'll also find the usual hybrid D-pad, textured grips, and Bluetooth support. And even though the discount is minor, $65 is still the best price we've ever seen for the controller.

When it launched last November, there was hardly a retailer that could keep the limited-edition controller in stock. Things have slowed down in the ensuing months, although we're not sure how long it'll last on Amazon with its new price point.

It's not currently on sale, but Amazon also has the matching Xbox 20th Anniversary Headset in stock for $70.