Microsoft has opened up registration for its first Xbox Live Arcade Challenge, a global competition featuring games from the company's online Xbox 360 Marketplace. The first competition features Q Entertainment's Lumines Live! and runs from December 17 to December 23. The second round of competition takes place December 24 to December 30, as gamers compete in the multiplayer mayhem of Small Arms. Among the prizes up for grabs are high-definition televisions, Xbox hardware, and Xbox Live Marketplace points. To sign up for competition or get more information, head over to the Xbox Live Arcade Challenge homepage. 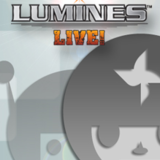