You'll soon be able to shred on the Xbox 360 with Guitar Hero II, and we have the details about the exclusive features of the game as well as the design of the new X-Plorer guitar.

BARCELONA--One of the most surprising appearances made by a game at Microsoft's X06 event came from Activision in the form of Guitar Hero II, complete with an exclusive new controller designed for the Xbox 360. Activision had a couple of the guitars and copies of the game at the event to put on a show for us, and we didn't even have to elbow our way through crowds of sweaty music fans to get a spot right at the stage.

Many of the details of Guitar Hero II for the Xbox 360 are still unannounced, but we were able to coax some informatin out of the Activision representatives at the event. The game will contain all the same content of the PlayStation 2 version that's shipping this November. In addition, there will be songs made available for download exclusively for the Xbox 360 version on Xbox Live Marketplace. There will also be a full set of achievements, but there are no details thus far about exactly what you'll need to do to earn those gamer points. Do you have what it takes to get 100 percent on Freebird on expert?

When asked about online co-op or versus play, the representative on hand could neither confirm nor deny the existence of multiplayer via Xbox Live. Given Microsoft's stance on online gaming, along with the number of Xbox 360 owners with Xbox Live accounts, it seems quite plausible that the game will feature some sort of online play. There's also no word yet on Xbox Live Vision camera support, but that too seems like a logical feature to add to the Xbox 360 version of the game.

The guitar controller at the show was prototype hardware, so the design and features have not been finalized. The unit had a white body with a gray neck, along with a whammy bar, a D pad, start and back buttons, and a guide button. The clicker is in the middle, and the five multicolored fret buttons are square rather than rounded on the bottom like the Gibson SG guitar controller for the PlayStation 2. The body of the guitar is modeled after the Gibson X-Plorer, with an elongated, pointed body shape. The guitar is about the same size as the SG and features a shoulder strap for comfortable play while standing. The representative playing the game mentioned that because of the narrow midsection of the body on the X-Plorer, there was less room to reach between the top of the guitar and the strum button. This is slightly different from the SG controller where you typically have to rest your entire hand on the face of the wide body of the guitar. Of course, you can still tip the guitar upward to activate star power. The prototype version on display was wired, but the representative we spoke to couldn't confirm whether or not there would be a wireless version available.

The game itself looks exactly like Guitar Hero 2, albeit in high definition. It looked bright and colorful running on the LCD displays at the show, although this certainly isn't a game you play for its visual appeal. The game retains the same sense of style, with the exaggerated rock-and-roll stereotypes performing crazy antics onstage, like lighting their guitars on fire. It doesn't seem like much of a stretch to assume that there will be some sort of downloadable avatars or guitars on Xbox Live Marketplace as well.

The pricing for Guitar Hero II has yet to be announced, and Activision is also keeping mum on the pricing of the Xbox Live Marketplace content. We also asked about available bundles, but the representative couldn't confirm whether or not there would be special bundles or guitars, such as the double SG bundle or the cherry red SG available for the PlayStation 2. The game is scheduled to ship sometime early in 2007, giving Xbox 360 owners a good reason to spend those holiday gift cards. We'll bring you more details about the game and the X-Plorer controller as they become available. 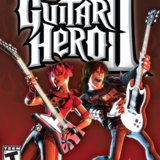