Hot-off-the-press copies of X-Men Legends haven't even cooled down yet, and Activision is already looking for its next big thing. The company today announced that a sequel to the superhero role-playing game is currently in development at Raven Software. Based on the classic team of Marvel superheroes--which has recently experienced a surge in popularity on the back of a pair of live-action feature films--X-Men Legends is available now for the PlayStation 2, Xbox, and GameCube.

"For 40 years, Marvel's X-Men have captivated consumers worldwide, and today the brand is stronger than ever," said Activision CEO Ron Doornink. "X-Men Legends is already on track to be the best-selling game in the franchise's history."

In addition to X-Men Legends, Raven Software has been responsible for some major franchises and original hits, from early PC first-person shooters like Hexen and Heretic II to contemporary series such as Soldier of Fortune and Star Wars: Jedi Knight. No additional information on the sequel has been announced. 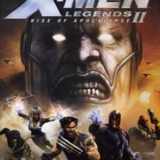