WWE 2K Battlegrounds Wants To Put Fun Back In Wrestling

We got an early look at the next WWE game, which is taking a very different approach from the wrestling games we're used to seeing. 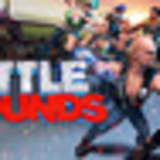 After the launch of the bug-filled WWE 2K20 last year, 2K Games has pivoted away from its yearly release of the simulation-based wrestling series to present WWE 2K Battlegrounds, something so vastly different from its predecessors that it feels like taking a double-arm DDT through an announcer's table. Is that necessarily a bad thing? Well, the DDT is, but temporarily stepping away from simulation gaming is not by any means.

WWE Battlegrounds attempts to leverage the button-mashing beat-'em-up formula, with a bunch of party gaming elements thrown in. It's much more of an arcade-style romp akin to 2011's WWE All Stars. The characters are stylized, look cartoonish, and over-the-top, and the arenas--or Battlegrounds--are the same way. While the way to end most matches is still by submission or pinfall, the journey to get there is quite a bit different.

During a 2K Games preview event, we got to play a limited build of the game, with access to two types of matches--2v2 Steel Cage and Fatal 4-Way--and 15 WWE superstars--four women and 11 men all from various eras of WWE. The final game will also have Campaign, Tournament, King of the Battleground, Battleground Challenge, and Create-A-Wrestler modes as well.

WWE superstars are divided into character types: Powerhouse, Brawler, All-Rounder, Technician, and High-Flyer. Attributes differ depending on the character type. High-Flyers are great at jumping off the turnbuckle and bashing their opponent, while Powerhouses are great at tossing their opponents around the ring. There are special combos and throws for each of these types, and while categories like this have existed in previous wrestling games, Battlegrounds places more importance on it.

In this demo, I and three other WWE superstars fought inside an auto shop, where I could toss exploding barrels at them or throw someone under a car held up by a lift to make it come crashing down on them. We also held a brawl in the Everglades, where I could throw someone into the jaws of an alligator. And yes, many wrestlers were devoured by the reptile during my time playing.

The Fatal-4-Way match was pretty standard. There are four people in the ring, but there are no countouts or disqualifications, so I could get out of the ring, bash another wrestler with weapons, and eventually pin or submit an opponent. The Steel Cage match, however, was something entirely different. The main goal is obviously to escape the cage, but before I could just climb out, I had to collect money bags that randomly appear on the cage, building up an escape meter. What do money bags have to do with escaping a cage? Nothing. Does it matter? Not really. It is an exceptionally silly and baffling addition, but in the end, it actually adds a lot to the match. Everyone is scrambling to collect these bags and fighting each other while climbing, and it's a unique element that adds fun to the match. Also, the cage randomly becomes electrified because why wouldn't it? Getting shocked knocks the character to the ground, so you've got to stay on your toes.

Battlegrounds has more simplified gameplay compared to the WWE 2K game series--but don't worry, there's still a lot going on. You can punch, kick, Irish whip, throw, run, block, climb the turnbuckles, and get out of the ring. It is a bit of a shock when there aren't dozens of maneuvers to remember while battling it out, but Battlegrounds is less worried about strategy than it is just allowing the player to have fun. There are a lot of button prompts on the screen as the matches happen to let you know what you can do, which can be a bit distracting, but for the most part, the mashing buttons strategy has a lot of mileage.

Battlegrounds also leans into the arcade feel by introducing power-ups. These are abilities equipped to the character prior to the match that need to be charged by beating people up. Once activated, they give you an edge over your opponents. One of the first tier powerups I used time and time again lit your fists on fire, which seemed to make your punches unblockable for a short period of time.

However, one thing that's very different about this game is a mechanic focused on winning over the crowd, which in turn can help you defeat your opponent. At the bottom of the screen, a mic will pop with the crowd asking you to do something. In the image above, you can see "Attack with explosive barrel," along with others for your competitors. Besides simply beating up your opponent, completing these objectives makes it easier for you to submit or pin your opponent. The idea is, like in real wrestling, currying the audience's favor has a demoralizing effect on your opponents, so their will to fight on is reduced.

The submission system in WWE 2K Battlegrounds, meanwhile, is a vast improvement compared to other wrestling games. In order to submit someone or get out of a submission, you alternate pressing the left and right triggers. The same goes for getting out of a pin--if you're doing the pinning, you don't have to press anything. Throughout the years in wrestling games, we've seen various ways to submit opponents, and most of them have been pretty awful. Battlegrounds' new submission system is simple, but actually fun as opposed to frustrating, which is a first in wrestling games if you ask me.

Gameplay is fun, but there's a bit of a learning curve owing mostly to having to first pound away the years of THQ/Yukes/2K wrestling gameplay knowledge from your brain. Battlegrounds is chaotic and bombastic. It's the polar opposite of what wrestling gaming fans are used to playing with WWE's 2K series or even with 2017's Fire Pro Wrestling World--two games aiming to be more of a simulation of professional wrestling than an outlandish brawler. Battlegrounds is a casual game that, based on the feel of this demo, could be fun for longtime wrestling fans and people who just want to check out an arcadey fighting game alike. Sure, you could play single player for hours on end, but playing with a few friends over the internet is where it shines, and yes, there is cross-play--a major plus.

Throughout my time with Battlegrounds, there was one glaring problem that kept rearing its ugly head: hit detection. When pressing the punch or kick button, it was a roll of the dice as to whether or not that attack would hit your opponent. This was most notable any time I was using a weapon. Attacking an opponent with a chair while they were on the ground yielded a 0% success rate. Not once did I see an opponent on the ground successfully get hit with a weapon. As for standing, I was able to hit someone with a weapon, but infrequently. It was exceptionally frustrating as using foreign objects in a match is a key part of the game--as long as you're not in a cage. However, Up Up Down Down's recent released Battlegrounds video doesn't seem to have the issue, so hopefully, this is something that will be fixed for release.

Battlegrounds isn't the simulation game wrestling fans are used to. Sure, the giant roster is there--with 70 wrestlers to start in the game and more than 50 coming post-launch--and the entrances and music is there. However, the gameplay and style are vastly different, leaning towards casual and party play, which is refreshing and, after a series of humdrum simulation wrestling games, an exciting prospect.