The upcoming release of WWE '12 is hoping to change the wrestling gaming landscape and we got to play around with it.

Wrestling fans are a very dedicated group. They love the sport and expect a game that delivers the same experience they get when watching it on TV or seeing it in person. Earlier this year, THQ released WWE All Stars as its arcade-focused wrestling game and has decided to rework its fall release to deliver a more simulation-styled game. This year's WWE '12 looks to take the series in a new direction, and we had the opportunity to try it out for a bit. While there are a lot of changes coming to the series in November, this is what stood out to us.

The first thing that wrestling fans will notice is the way the presentation has been adjusted. WWE '12 changes things up with a number of improvements, ranging from better arena designs and player introductions to more engaging commentary, dynamic camera angles, and replays. This year, the camera presentation looks to replicate the actual TV broadcasts in a number of different ways. The camera placements now mirror those of the real WWE broadcasts, so the angle in which you are playing would be the same if you were watching a real match. The camera will also adjust and focus on different parts of the ring based on the actions on the screen; there will no longer be one static angle to watch. If the action moves to different parts of the ring, so will the camera.

Road to Wrestlemania is another area that will see changes. While last year's mode offered various stories to follow, this year, the mode is a bit more streamlined with three different scenarios played out in sequence. You'll begin your road as Sheamus and play the game through the eyes of a villain. After completing his storyline, you'll move on to play as Triple H and experience the life of a wrestler through his eyes as an outsider. Both of these plotlines will eventually lead to your own created character's path as the hero and your lead-up to Wrestlemania XXVIII. There is promise a lot of interesting situations, both in the ring and behind the scenes, which should keep the player engaged.

Previous WWE games have been known to offer a bevy of customization options, from characters to arena modifications, and this year will be no different. Character customization is expected to be even greater than in years past, with more options available to you so that you can create the wrestler you've always wanted to control. Other character customization options include a cool and easy-to-use entrance-theme generator that can be adjusted in a number of different ways. Your created character will no longer enter in a static or bare-bones way. Entrances range from simple to complex, and your wrestler will be able to enter the ring in a memorable fashion. Sharing and downloading additional characters and arenas will also be significantly easier. Fans can quickly fill up all of their available slots with other people's creations and have a WWE game that consists of more created characters than real ones.

THQ and Yuke's heard from the fans that their series was in need of a tune-up, and WWE '12 looks to address the issues yet still give fans an experience that mirrors the real thing. Adjustments are being made across the board so that longtime followers of the series may not initially recognize the game. At the same time, even if you haven't played a wrestling game in years, THQ and Yuke's hope that this year's release will not only entice you to play but that you also feel comfortable and have a lot of fun. The wait for wrestling fans to finally get their hands on WWE '12 isn't long because it arrives on the Nintendo Wii, PlayStation 3, and Xbox 360 on November 22. 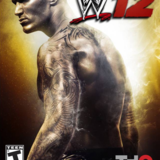