The new standalone expansion Tannenberg is coming this year.

World War I shooter Verdun is getting a standalone expansion, Blackmill Games and M2H announced today. Called Tannenberg, the expansion is focused on action in the Eastern Front, which the developers say does not always get much attention from entertainment properties.

The expansion's name comes from the Battle of Tannenberg, which took place in 1914. According to Blackmill developer Jos Hoebe, the game will show the "more mobile side" of World War I.

"The Russians and AustroHungarians played a huge part in the First World War and we're looking forward to portraying their contribution," Hoebe said. "The Eastern Front didn't see the same trench warfare as in the West--in Tannenberg we offer players the experience of a more mobile side of the war which many people may be unfamiliar with."

Tannenberg will feature a new game mode that supports 64 players--32 on each side. The environments will be varied, with the Entente and Central Powers fighting in all manner of places, ranging from "exposed snowy plains and thick forests to burned villages and mountain pastures."

A sneak peek trailer for Tannenberg can be seen in the video above. The game is due out on PC this year, and you can see its Steam page here.

Verdun launched in April 2015, letting players experience war in the Eastern Front. The game has sold more than 850,000 copies, Blackmill and M2H said in their announcement for Tannenberg today. 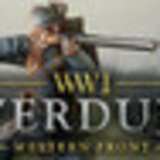