World Of Warships Is Sailing To The Epic Games Store

The free-to-play naval sim will be coming to Epic's storefront with all past updates, promos, and events.

The Epic Games Store Spring Showcase showed off a few exciting surprises, including the full Kingdom Hearts series coming to PC via the Epic Store, and a PC port of Axiom Verge 2. Another surprise was the announcement that World of Warships will also be making its way to the Epic Games Store.

World of Warships is a free-to-play online naval combat game. Players take command of a fleet full of iconic war vessels. There are four different ship classes to manage, and a strategically designed environment to create the ultimate naval experience fit for anyone. With its huge collection of historically accurate ships, World of Warships also doubles as a digital ship museum and focal point for naval history buffs. Epic Games Store users will have access to all of the game's content, including in-game events, promos, and previous updates. But be warned: Existing players won't be able to transfer over their accounts.

"We are committed to ensuring that World of Warships is accessible to as many players as possible around the world. We were incredibly honored to be included as part of the Spring Showcase," said Wargaming's regional publishing director Rajeev Girdhar. "Being available on the Epic Games Store is a natural next step for the game’s growth and we can’t wait for the launch." 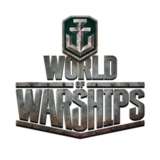