World Of Tanks Boss Talks Betting, Says Game Will Be Supported For 30 Or More Years

The popular tank-battling game will "never get old," Wargaming says.

World of Tanks is a massively popular game that will stay that way for decades into the future, developers behind the game said during an interview in Taipei today. Mohamed Fadl, Head of Global Competitive Gaming at Wargaming, said during a roundtable interview attended by GameSpot that World of Tanks continues to stay fresh through its numerous updates.

"It competes with any game that is released this year, quality-wise, graphic-wise," he said. "Free-to-play games that are at this level, they never get old. Like a body, a heartbeat; every day, they pump fresh blood into the system."

Fadl added that World of Tanks staying popular for 10, 20, or 30 years into the future is an "easy" prediction to make.

This follows comments from Wargaming CEO Viktor Kislyi, who told Polygon recently that World of Tanks "can last forever," adding that, "We're making the game to be built like the pyramids, for centuries or millennia."

Going back to the roundtable interview, Fadl went on to say that it's a "completely new world" today with the rise of digital gaming as opposed to the idea years ago that a game would be released and that's where the updates end. "Everything is changing," Fadl said.

Also during the interview, Fadl and Wargaming APAC GM Jungwon Hahn discussed the role of betting in esports, which has been controversial among games like Counter-Strike: GO and, more recently, Rocket League.

"You're stupid to say betting is bad," Fadl started off. "It's a natural part of sports."

Fadl went on to say that while real-money betting can become problematic, it's only natural that it will happen in gaming. He said he can envision a future for World of Tanks where players bet virtual currency on matches, while real-money gambling may exist outside of what Wargaming can itself control.

He added that Wargaming must be "very careful" with how it approaches gambling, but it's something Wargaming may want to pursue because there is clearly demand for it.

"I believe betting down the road will be one of the major incomes for esports or streaming platforms," Fadl said.

The conversation with Fadl and Hahn was extended, in-depth, and lively. The pair also discussed things like paying professional World of Tanks players a base salary as Blizzard does for Overwatch. Fadl said this could be a way forward for World of Tanks, though more research needs to be done, he said. As for Hahn, he said he's not sure how long Blizzard can support paying Overwatch players a salary.

Here are some other takeaways from the discussion:

Disclosure: Wargaming paid for GameSpot's flight to Taipei and accommodations. 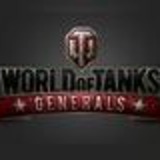