World Of Speed: A Racing MMO With Grand Ambitions 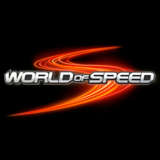 There's nothing quite like the term "free-to-play" to get a developer suitably riled up. But despite what Slightly Mad Studios' creative director Andy Tudor says, it's hard to think of the studio's self-proclaimed racing MMO World Of Speed as anything but. It's a free, online-only game buoyed up by paid upgrades and microtransactions that I'm told will "potentially" speed up your progress through the game. So far, so free-to-play then.

Still, you can understand Tudor's reservations: not even console racing games have managed to escape the frustrating progression times of the free-to-play business model, despite a hefty up front cost. But there's hope for World Of Speed. For starters, it's being released on PC, and when it comes to free-to-play games, the PC does it right. That's not say World Of Speed will, but from speaking to Tudor, it's clear the success of games like Dota 2, League Of Legends, and Team Fortress 2 have had an impact on the studio.

"We're not going to put any content behind a paywall, because that's completely obvious, and we saw that with other racing games on mobile that got a bit more flack," Tudor told me. "And we certainly don't want you to go into a game where you feel like you're at a disadvantage because somebody else has paid, because that is pay to win. Both things are obvious: do it fair, and don't ever let the player feel like they're being cheated because someone has paid; it's not rocket science. You can go all the way through the entire game to the highest level without spending a penny at all."

"Both things are obvious: do it fair, and don't ever let the player feel like they're being cheated because someone has paid; it's not rocket science."

As for the MMO part of World Of Speed, don't get your hopes up for an open-world epic. This is a street circuit-based racer, albeit one that has a focus on team-based events and competition. The idea is that players will be able to create and join clubs with others, and that for every event they take part in, points are awarded to their club. Teams that dominate at certain circuits will then be awarded a clubhouse there, complete with unique items for customising their cars, and the option to take part in the Territory Wars minigame (which, sadly, I wasn't shown).

The idea of a team-based online racer isn't new--Ubisoft's upcoming The Crew and Sony's Driveclub are taking a stab at it, for instance--but World Of Speed is throwing all sorts of incentives into the mix to keep players from trying to go it alone. For one, a podium finish isn't the only way to earn experience points. Performing tricks and drifts during a race will rack up the XP, as will performing defensive blocks on the opposition in order to secure safe passage for a teammate.

Car types and upgrades will prove important too. Some players may opt for a larger, slightly slower car in order to provide an aggressive role in races and take out other drivers, while others may trick their cars out for speed in order to take the win. It's a tricky balance, though, and once the game launches it'll be interesting to see just how many players will be willing to take a back seat. Indeed, the laps I took around the visually impressive London street circuit weren't quite the chummy drives I'd envisaged, with each member of the team tending to just go for a podium place with little regard for their team member's progress.

This was a simple circuit race event, though, and while little was revealed of other race types, I did catch a tantalising glimpse of Destruction Derby during a presentation slide. Perhaps those other modes (along with some like-minded individuals to play with) will encourage better teamwork. As for the racing itself, World Of Speed leans very much towards the arcade. It was little trouble to sling a car around a hairpin bend at speed, or indulge in some wildly ambitious drifts without careering head first into a tire wall, while a nitro boost proved useful for some mean-spirited ramming. The racing and braking lines on the circuit did seem a tad superfluous, to say the least.

I'd love to say that it was all tremendous fun, but the racing felt more serviceable than it did stimulating, Hopefully the final game will feature more in the way of clear, interesting objectives than the early demo did. Still, when World Of Racing does launch, players can expect plenty of improvements post-release. That other aspect of free-to-play games--the constant stream of updates and fixes--is how the studio envisages the game evolving in the future.

"I guess the main differentiation is that it's not a console game with five packs of DLC", Tudor told me. "It is not a PC game that we support via Steam and things like that. It is its own thing that's hopefully going to be around for a long time to come... it's a platform, if you want to think of it that way. The launch title will be the core, and then we're going to continuously expand that with new cars, new tracks, new games types, new features, new upgrades, new gameplay modes, all that kind of stuff. It is a long term strategy."

It's a big promise, attached to a similarly big free-to-play gamble. Ultimately, World Of Speed is a game that's attempting what so many others have tried and failed to do: to make a racing game with the long life and community of a top shooter or MMO. That's a mighty big task, and one that's going to need more than just some shiny cars and striking tracks. The Slightly Mad Studios team have definitely got the right idea, let's just hope there's more substance to its grand ambitions when we next see it in action before its release later this year.

Oh, and if you're wondering what's happening with Slightly Mad Studios' other, less arcade-style game--the community developed Project CARS--I'm told that it's "still on target" for a November release.