Who was there: World of Goo developer and 2D Boy cofounder Ron Carmel kicked off the Game Developers Conference Independent Games Summit program with a half-hour talk on the relationship between indie creators and publishers called "Fixing a System That Never Worked."

What they talked about: Carmel started out by talking about the problems that have arisen from the way digital distribution developers and publishers have tried to apply the retail publishing model into this new field. He said publishers tend to give too much money to developers to make their titles but take too much in return. The end result is that developers don't get anything in terms of royalties and wind up living project to project, where the first time they stumble in obtaining a new project, they go under.

The system where the publisher pays for everything and reaps the largest rewards makes sense in the retail space, Carmel said, because the publishers are taking all the risk upon themselves. But with digital distribution, there's less risk.

However, Carmel said despite taking on less risk, the publishers still take most of the rewards. One of the reasons for that is a simple lack of alternatives. Because pretty much every publisher will ask for basically the same terms, there aren't many other options available for indie developers. It also doesn't help that there's very little transparency about how well digitally distributed titles sell, so developers don't actually know whether or not they're getting a good deal.

On top of that, Carmel said the systems for getting games to consumers can be terribly inefficient. When it was time to get World of Goo on Steam, the legal and tech work required amounted to less than a week. For Games for Windows Live, the total time was four months.

With outlets like Steam taking some of the distribution duties away from traditional publishers, Carmel said it was now important to provide indies with funding. That brings up Indie Fund, a program Carmel is working to start up with an all-star panel of other independent developers (including Braid's Jonathan Blow and Flower's Kellee Santiago, among others) to invest in new games.

The idea behind Indie Fund is to provide developers with a transparent submission process and publically available terms so that they can comparison shop and know when they sell their game that they're getting a good deal. Creators funded through the program won't need to relinquish control or ownership of intellectual property.

Takeaway: Carmel's brief presentation served primarily as an introduction to Indie Fund, laying out inequities with the current publisher-developer model of digital distribution and offering his own endeavor as a possible solution. 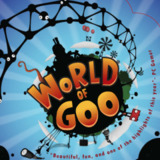