Almost two decades after it formed as an accounting software company, niche publisher Working Designs is gone, according to company president Victor Ireland.

"There's no easy way to say it, so I just will. Working Designs is gone. All the staff has been laid off and the office is closed and has been for some time," Ireland wrote in a message board post on the company's official forums.

The news comes just over a year after the company's last release, Growlanser Generations, hit shelves.

"We just spent too much time fighting the good fight to even get it out," Ireland wrote of Growlanser, "and other games approved."

One such game the company apparently failed to get approved was the PlayStation 2 action adventure game Goemon.

"Though almost finished and substantially improved from the Japanese release, Goemon is dead for the US, and that was really the final straw," Ireland wrote. "If I can't guarantee that the games I personally choose for us to release in the US can actually get approved and come out, there's no business to be done."

Ireland, who has butted heads with publishers before, seemed to take a parting shot at Sony in his posting.

"Sony has made it clear that they do not want the details of their dealings with any publisher made public," Ireland wrote. "Suffice to say that you would buy what we wanted to sell if we could sell it."

He also noted that Growlanser Generations and Goemon might still see a release in Europe, though details like how, when, and under what publisher were left up in the air.

Working Designs may be done, but Ireland isn't ready to leave the gaming industry entirely. He plans to work with other Working Designs staffers on projects for different publishers for the time being, and he said he would like to help bring Japanese Xbox 360 role-playing games to the US.

Ireland signed off by thanking Working Designs' fan base and warning of potentially dark days ahead.

"It's a tough road ahead for games that aren't of the least-common-denominator variety," Ireland wrote. "The choices you make with your hardware dollars are more important than ever for the generation that is upon us." 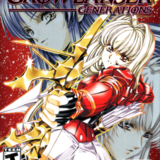