If you're one of the countless Wordle players who have taken to sharing their results on Twitter, you might want to reconsider--or get a bit more friendly with your block button. A Twitter bot account intent on terminating "Wordle bragging" is now on the prowl, posting next-day Wordle spoilers on tweets made about the game.

Operating under the name The Wordlinator, the account's bio states the bot was "sent from the future to terminate Wordle bragging." The Wordlinator accomplishes its mission by searching for tweets made about the game and replying to the users with automated messages spoiling tomorrow's word of the day. "Guess what, tomorrow's word is [spoiler]," the account writes. "Keep bragging, and I'll be back every day."

The bot comes shortly after software engineer Robert Reichel announced that he had found a way to reverse-engineer Wordle to reveal what the free browser game’s next word of the day will be before it goes live. It seems likely the face behind The Wordlinator then used Reichel's blog post themselves to scope out the upcoming word of the day and program it into a bot hellbent on spoiling the game for others.

While the bot was reportedly suspended within 20 minutes of launching, it didn't take long for the account to resurface and return to its nefarious ways. For Wordle fans still keen on sharing their results on Twitter--or who follow users who do--simply banning the account is the simplest way to prevent your spelling fun from being spoiled. However, if you are looking for some tips and tricks to help you up your Wordle game, here's a spoiler-free guide to help get you started.

Update: The Wordlinator Twitter account has been suspended. While Twitter has not stated the official reason for the ban, it seems safe to assume the user was violating the "don't spam or bother users, or otherwise send them unsolicited messages" part of the website's policy. 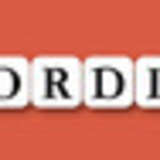