While it bears the name of Origin's classic sci-fi series of dogfighting flight sims, Wing Commander Arena bears little resemblance to the old series on the surface. While Arena keeps the same setting and vicious Kilrathi adversaries of the original Wing Commander series, it swaps out the free-roaming, in-the-cockpit view of previous installments for an overhead perspective. The game boasts four modes of play, nine maps, 18 customizable ships, and multiplayer online action for up to 16 players. Wing Commander Arena will sell for 800 Microsoft points ($10) and is rated E for Everyone.

While the latest from Electronic Arts overhauls the core gameplay of the series, Konami's Super Contra will be a more traditional conversion of the series' vintage mix of side-scrolling and overhead action levels. Konami has added online cooperative play and enhanced graphics to the game, but nostalgic players can still choose to play with the original arcade visuals. Super Contra will sell for 400 Microsoft points ($5) and is rated E10+ for Everyone 10 and Older. 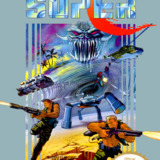