Solitaire has been a Microsoft mainstay since Windows 3.0, and now its newest version, Microsoft Solitaire Collection, has hit more than 100 million unique users. This comes about a year after Microsoft celebrated Solitaire's 25th anniversary.

Microsoft released some facts about Windows Solitaire on the official Xbox website, where we learn that an average of 55 million games of Microsoft Solitaire Collection are played every day. On top of that, through the game's Xbox Live Achievements, players have earned more than 1.3 billion Gamerscore. Microsoft also claims that Solitaire in general is "one of the most played games of all time on any Windows OS."

As part of the celebration, Microsoft announced that its Solitaire Collection is coming to iOS and Android devices this fall. It'll launch with Xbox Live integration and cross-platform play, so you can carry your stats and do daily challenges on whatever device you like.

Windows 10 users get something this fall, too. A new game mode called Events is on its way, and Microsoft says you can win "tons of awards" and see how "you stack up against your friends and the community," while building "your Solitaire legacy." It's not clear what this mode will entail exactly, and the teaser video that Microsoft released doesn't help us parse it at all. You can watch it below.

Microsoft Solitaire Collection isn't the Solitaire you remember from past incarnations of Windows. It launched with Windows 8 and 10 and includes five different types of the classic card game--Klondike, Spider, FreeCell, Pyramid, and Tripeaks. You can download it here. 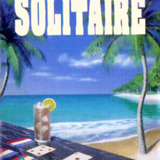