Will Wolcen Ever Get A PS4 Or Xbox Console Release?

Wolcen's developers don't have definitive answer, but they say they would like to bring it to consoles eventually.

After a four-year run in Steam Early Access, Wolcen: Lords of Mayhem is out now. The Diablo-like isometric action RPG, originally called Umbra, was Kickstarted back in 2015, raising over $406,000. Developer Wolcen Studio described Wolcen's launch as "the end of a long journey" and "the beginning of a new adventure." According to the team's announcement post, their goal is to support Wolcen "for a very long time," with new features, content, and fixes based on community feedback. One question the community has seemed to ask over and over is whether or not Wolcen will come to PS4, Xbox, or even Switch. While the developers don't have a definitive answer regarding a console release, they do have an interest.

First on PC, and if the game is successful enough, we would like to extend it to consoles, yes :)

Wolcen's launch saw such a massive spike in new players that it led to server and progression issues, which the developers have already pushed a major hotfix for. Issues aside, the numbers are a good sign--as of writing, Wolcen has peaked at over 90,000 concurrent players, placing it in Steam's top 10 games by player count for the day, under giants like Dota 2, GTA5, and Rainbow Six Siege. According to Wolcen Studio's most recent Steam post, its highest peak before this was just 1,934. Steamspy puts current owners between 200,000 to 500,000.

If Wolcen continues to see success, players may get that console version one day. But for now, the developers have only expressed an interest--no actual plans have been announced. You can purchase Wolcen on Steam for $40 or grab the soundtrack bundle for 10% off. 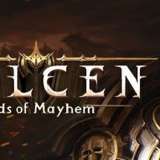