Industry analysts sound off on the possibility of Microsoft, Sony, and Nintendo implementing measures with new systems to curb the secondhand market.

Rumors of a next-generation console that blocks used games have been swirling for months now, with reports suggesting industry heavyweights Microsoft and Sony will implement such measures in their future-generation consoles. For now, these are unsubstantiated rumors. But could they become reality? Could the PlayStation 4 or the Xbox 720 boast features that will stamp out used games?

Would you support a next-gen console that blocks used games?

To answer that question, GameSpot sought the counsel of several industry analysts from a range of professional firms, whose job it is to make educated and reasoned prognostications about the future of electronic entertainment. Uniformly, these individuals said a next-gen console with such a system would be unlikely.

Now that the analysts have weighed in, what do you think? Let us know in the comments section below!

"There is a ZERO chance that the console manufacturers will MANDATE that used games cannot be played. That means there is a zero chance of no disc drive, and a zero chance that they will require games to be registered to specific consoles, eliminating the possibility of used games being played. It doesn't make economic sense for either of them (I'm leaving Nintendo out of the discussion) to do so by themselves, as it would concede a pretty significant marketing advantage to the other: If Sony did this unilaterally, Microsoft would exploit that fact and advertise their console as the consumer friendly alternative, and vice versa."

"Yes, silly rumor that has been blown out of proportion" -- Pachter.

"There is some potential that the consoles will ALLOW PUBLISHERS to sell discs as licenses, and require a code. That would make the publisher the bad guy, and games published by whichever publisher chose to require a code would not be able to be re-sold. I think that has a meaningful chance of happening, but don't think that there is a groundswell movement to have all games converted to a license format (similar to Windows and Office software). I think that one publisher commented to a gaming website that they thought the consoles would allow this, and the uninformed game journalist ran with it as if the console manufacturers would block used games."

"Yes, silly rumor that has been blown out of proportion."

"I think it's very unlikely since that would be a perfect opening for a competing platform to gain an edge with core gamers. In addition, the console holders need retail to sell their hardware. Much more likely is that both digital and physical copies of games will be sold and disks can be traded. By the way, these same rumors always surface before console launches, and they are always wrong."

"One rumor that has been reported in the press is that the new Xbox may not contain a disc drive. This has been interpreted as potentially suggesting that all games would be download-only; tangentially, this would appear to be a major threat against the used game market."

"However, the notion of a digital-only console seems unlikely to us, for a few reasons. First, successfully eliminating the used game market would severely impact GameStop's business model, potentially putting the company out of business altogether. We believe that, on the whole, the console manufacturers and software publishers view GameStop as a valuable and important part of the video game ecosystem, despite some of their issues with used game sales. Second, and probably more importantly, we believe it would be incredibly risky for Microsoft to take away gamers' access to the used game market given the potential for Sony not to follow suit. If Sony retained physical media while Microsoft did not, we believe Microsoft would risk giving up all of their hard-won share gains during this cycle, and then some. Given that Microsoft's overall objective is to control the distribution of content through the living room, rather than maximizing margins on the next Halo title, we doubt the company would take on this risk."

"However, we do think that there is possibility that Microsoft could be targeting a cheaper physical media solution, potentially one which includes both physical and digital distribution components. With cloud storage, we can also envision Microsoft shipping its next console with a very modest hard drive, or potentially even no hard drive at all. Given the potential to minimize or eliminate these two components, and our belief that the increase in console processing power this cycle will not be as great a leap as in previous cycles, we believe it is possible that Microsoft's strategy is to release a new console at a much lower price point than the $400-plus level that characterized initial pricing for the last console cycle (Wii excepted). This could lead to far faster consumer adoption of the new consoles; if Microsoft additionally releases its new console a year ahead of Sony, it might be able to build a formidable market share lead before Sony even gets out of the gate (and force Sony to price its hardware more cheaply as well). We think this scenario would be highly bullish for the software publishers, as more rapid new-generation console adoption would mean a shorter period of console transition disruption to software sales."

"We believe blocking used games would cause a consumer backlash. That is why despite the fact technology to block used game already exists, Microsoft and Sony are unlikely to take a stance that is unfriendly to consumers. Also, GameStop, which is obviously the leader in used games, remains a critical partner for the console companies. It has 25 percent to 30 percent market share in the Xbox 360 and PS3 new software markets and often in the initial weeks of a new game launch garners 50 percent type market share. This is another reason the console companies' actions are unlikely to be harsh. Ultimately, the console companies will continue to aggressively push DLC as a way to prolong the life of their games and slow down sales of used. Interestingly, Nintendo has not complained much about used games being a factor. Do you know why? We think it's because customers who buy Nintendo games often play them for years i.e., they don't sell them used for quite a long time." 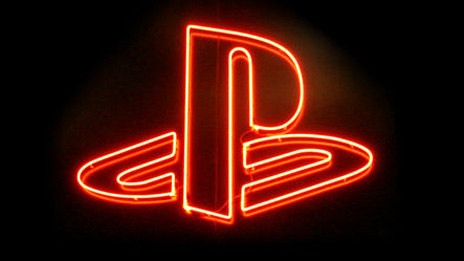 "EEDAR has analyzed numerous studies on the impact of used game sales on the overall physical ecosystem. All the results to date have been inconclusive."

"I certainly understand the frustrations of console manufacturers, publishers, and developers that are not able to benefit from the used business model. On the same hand, I understand the benefit used games brings to retailers and consumers."

"EEDAR has analyzed numerous studies on the impact of used game sales on the overall physical ecosystem. All the results to date have been inconclusive" -- Divnich

"The next generation of consoles are likely to be more capable of combating used sales than the current hardware; however, it will come down to the publishers on whether they want to utilize the new technology to either block or monetize used game sales. Of course, publishers are far more likely to monetize the used consumer rather than blocking them altogether."

"EEDAR takes this subject very seriously and we have dedicated a lot of resources in attempt to conclude, one way or the other, the overall impact of the used business model."

"There is one conclusion our studies have indicated. Overall engagement and awareness levels of home console games are directly linked to the total amount of time spent playing video games. When fewer home console games are played, the market, as a whole, becomes more lethargic. When a consumer becomes inactive, it requires more energy (better games, new technologies, marketing, etc.) to reengage that consumer."

"In the case of used games, it can be argued that a consumer who may not be contributing to new game sales, but is still playing through used purchases, is still contributing to higher engagement and awareness levels of the home console market."

"The best example is a consumer who buys Borderlands used. Even though they are not contributing to the publisher or the developer, their engagement of the game is advertised to all their friends (whether through friends list or word of mouth), which increases overall awareness and could encourage a friend to purchase a new copy of Borderlands in order to play co-op online."

There are 467 comments about this story
Load Comments (467)