Akifumi Kaneko reflects on the 10th anniversary of the series, as well as its latest installment.

Wild Arms debuted on the Japanese Sony PlayStation in 1996. The game's blend of Wild West drama, fantasy, combat, and puzzles has earned it several sequels and a PlayStation 2 makeover of the original title. To celebrate the series' 10th anniversary, Media Vision Entertainment is developing a new sequel, Wild Arms: the Vth Vanguard, scheduled for this winter, with Sony Computer Entertainment as publisher. The latest issue of Famitsu Weekly offered a sneak peak of the game in the form of an interview with series writer/coordinator Akifumi Kaneko.

On Wild Arms turning 10, Kaneko said he was amazed to find out who some of the game's fans were. Specifically, he was surprised to discover that current members of his staff were previously fans of the original Wild Arms.

"As a producer, it was interesting to get their take on the game," Kaneko said. "I can always rely on them to come up with things I hadn't thought of, and to point out places where my own rules were restricting my actions... My most important task this time around is to back up the staff on their ideas and the details they obsess over. As a result, the game may include some non-traditional elements, but I want to approve these as much as possible, so long as they're offered with enthusiasm and passion."

This desire to give free reign to his staff's creativity is directly related to the word "vanguard" in the game's title.

"We were strongly influenced by this word in that it can mean 'forerunner,'" Kaneko said. "This was mainly because although [it's] the fifth game in the series, Vth Vanguard is completely different from the previous games, and we regard it as a first game... In the previous titles I managed the entire process as the total game designer. This time I left that work up to the other staff. As a result this game will have a different flavor; they're achieving a Wild Arms that I couldn't have created myself."

One difference will be in the writing. Kaneko enlisted a novelist to write the game's story, and a new character designer as well. While the graphics will retain the illustrative quality of the fourth title, special attention has been given to the characters' gestures and facial expressions, and will give the players cues about game events.

While the previous stories followed more or less linear plots, Vanguard will offer more choices and opportunities for players to think things through. That doesn't necessarily mean multiple endings for the game, but Kaneko said it will give players more flexibility in how they develop their characters.

"I can't say anything specific yet, but players will have the freedom to train their warriors like magic users," Kaneko said. "Of course there will be merits to doing this. For example, you could change your character type in order to defeat a boss with certain attributes."

The game's combat system will also be changed. In an effort to make the game more user-friendly, players will be able to continue even if they are defeated in battle. However, Kaneko said the dungeons will be just as difficult as ever. As for what the future holds for the series after Vth Vanguard, Kaneko he'd like to go back and give the second Wild Arms a remake, time permitting. 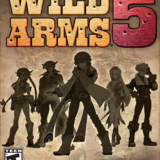