Nearly two months after the Wii's launch, there are only a handful of gaming series with multiple installments available on the Virtual Console. Two of them, Nintendo's Mario and Donkey Kong, are among the highest-profile franchises in gaming. The remaining two are entries into the increasingly niche hardcore 2D shoot-'em-up genre: the TurboGrafx-16's Super Star Soldier line of games (which also includes Soldier Blade), and Irem's R-Type franchise, which saw the Super Nintendo game R-Type III: The Third Lightning join the Virtual Console lineup this week.

R-Type III joins the TurboGrafx-16 version of the original R-Type on the service. While that version commanded a premium price when it arrived on the service, R-Type III sells for 800 Wii points ($8), which is the standard price for Super Nintendo games.

Accompanying R-Type III in the new-release section of the Wii Shop Channel are the NES shooter Xevious and the futuristic TurboGrafx-16 racer Moto Roader. Both games are played from an overhead perspective and follow the standard pricing scheme for other games from their original systems. Xevious sells for 500 Wii points ($5), while Moto Roader sells for 600 Wii points ($6). Both games include multiplayer support, with Moto Roader enabling up to five players to race at once with any combination of Wii Remote and GameCube controllers.

R-Type III, Xevious, and Moto Roader are all rated E for Everyone. 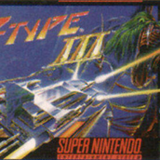