Wii U's New Fatal Frame Is Too Big for Some Systems

If you've got an 8 GB system and no external hard drive, you won't be able to play.

This week's eShop update brought with it the latest entry in the Fatal Frame series, Fatal Frame: Maiden of Black Water. Unfortunately for those with certain Wii U systems, the digital-only game is too large to download.

Black Water offers a trial version that allows access to the first portion of the game. The download for this on the eShop requires 9964.8 MB, already in excess of the 8 GB of storage the lower-end Wii U model is equipped with. Things only get worse if you want to download the remainder of the game (technically offered as a $50 upgrade for the free trial version), which requires an additional 8,186.6 MB download.

While the size of the games is slightly reduced after installation, the initial size is still too large for anyone who doesn't have either a 32 GB Wii U or an external hard drive. (SD cards can't be used to store digital games on Wii U.) Even those with the 32 GB system might be forced to delete some of their games, as the full 32 GB is not usable.

It's not the first time this has happened with a game on a Nintendo system. Xenoblade Chronicles 3D wouldn't fit on the SD card included with New 3DS systems, while last year's Bayonetta combo was too big even for the 32 GB version of the Wii U. We also saw this with Microsoft and Sony's last-gen systems; GTA V updates outpaced the size of some PS3 hard drives, while numerous games can't be played on the hard drive-less model of Xbox 360.

If you're wondering if Black Water is worth any fuss in the first place, check out GameSpot's review. 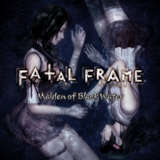