Wario Land: Shake It and Excitebike 64 are headed to the Wii U's Virtual Console. Both games will launch on November 17 (via NeoGAF).

The first game, Wario Land: Shake It, released on the Wii in 2008 and will cost $20 on the Wii U. It features basic platforming gameplay, with the D-pad controlling movement and the buttons handling the jumps, dashes, and attacks. However, it also makes use of the Wii Remote's shake functionality to perform various actions throughout the game.

In GameSpot's review, Wario Land: Shake It earned a 7.5/10 for its replay value, gorgeous art and animation, and challenging puzzles. However, critic Dan Chiappini was disappointed by the game's "gimmicky controls" and "short story mode."

Excitebike 64, on the other hand, is a dirtbike racing game in which the player can also perform tricks. It also includes the original Excitebike, which released on the NES in 1984. Excitebike 64 scored an 8.8/10 in our review. Critic Frank Provo called it "an excellent rebirth of the Excitebike franchise" with arcade-like gameplay that's deep and varied "in that well-known Nintendo way." The review also notes the game's inconsistent frame rate. On the Wii U, it'll cost $10.

Other games that have released on the Wii U's Virtual Console this year include the Pokemon Mystery Dungeon titles and Super Mario RPG. Pokemon Snap released on Wii U in Europe, but there's been no word on a North American release. Additionally, we've seen DS games like Animal Crossing: Wild World, Kirby: Canvas Curse, and Super Mario 64 DS. 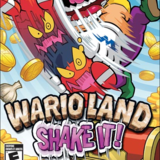