Wii U sales in Japan surpass PS3, Vita, and Xbox 360 this week

The release of Wii Party U bolstered Wii U sales to over 38,000 units this week in Japan.

While it's no secret that the Wii U has had less than stellar sales since its release last year, sales data from Japan this week show that the system can still sell impressive numbers.

According to a report from Media Create (via Gematsu), the Wii U sold 38,802 units this week in Japan, compared to just 2,598 the previous week. That's a staggering 1,500% increase.

The spike is primarily attributed to the release of Wii Party U, which sold over 37,000 copies and debuted in as the sixth highest selling piece of software in Japan last week. Number one, was of course, Pokemon X and Y, which sold 162,347 this week and 2,731,470 copies the week before).

The hardware sales chart for this week and last is below.

Wii Party U was released on October 31 in Japan and October 25 in the US and EU. 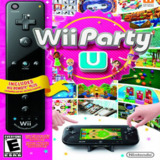