More evidence suggesting Ubisoft's zombie game is coming to consoles than the Wii U surfaces.

ZombiU, the Wii U-exclusive zombie game from Ubisoft, has been rated on the Taiwanese rating boards for PlayStation 4 and Xbox One, once again suggesting the title is set to be re-released.

Twitter user lifelower found the rating and box art of the game on the Taiwanese website. As expected, the rating calls the game "Zombi," most likely because the "U" in the original title refers to the Wii U.

This news comes after the game received a rating from the Australian classification board last month.

Giving strength to rumours of its Xbox One and PlayStation 4 release are comments from Ubisoft CEO Yves Guillemont, who stated in 2013 that the game was not profitable for the company. Plans for a sequel were also reportedly canceled following poor performance on Nintendo's console.

Considering that ZombiU was received well by critics, it would make sense that Ubisoft would want to make more money on the game on other potentially more lucrative platforms.

Ubisoft has yet to officially announce the game for other platforms. Keep an eye on GameSpot for all news about Zombi as it becomes available. 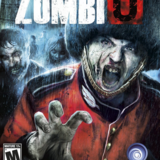