Wii Remote getting built-in Motion Plus?

What we heard: With the PlayStation Move's launch last week and Kinect's November 4 release creeping ever closer, Nintendo finally has real competition in the motion-sensing console wars. One of the steps toward keeping itself competitive appears to be an update to the Wii Remote, one in which the precision-enhancing Motion Plus add-on loses its add-on status.

Today, Nintendo Life claims to have spotted just that, courtesy of a GameStop listing for Nintendo's FlingSmash. As exhibited in box art (pictured) for the $50 title, Nintendo will be packing in a "Wii Remote Plus" with copies of the game when it goes on sale in November.

The packaging also depicts a black version of the Wii Remote Plus, one in which the customary flare of the Motion Plus is absent. There also appears to be a concave arc of script underneath the "Wii" label at the bottom of the controller; text that does not appear on a traditional Wii Remote.

Unfortunately, GameStop has since pulled the alleged listing, and no other retailer is currently listing FlingSmash with the add-on as of press time.

The official story: "We have nothing to announce at this time."--A Nintendo of America representative. However, it is worth pointing out that Nintendo of Europe's representatives have been less mum, telling Eurogamer that the device "is real" but offering no other comment.

Bogus or not bogus?: Not bogus. Nintendo has a long tradition of bundling software with its controllers--Wii Play for the original remote and Wii Sports Resort for the Motion Plus add-on, to name two. So the listing isn't at all out of the ordinary. Plus, Nintendo also has a precedent for making incremental improvements to the Wii's control scheme, having released the Classic Controller Pro in the US this year. 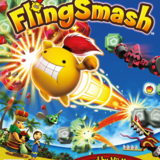