Wii Fit Plus, premium PSP set for unveiling at E3?

Source: See below. What we heard: Nintendo has already successfully positioned itself in the lifestyle market, with games such as Personal Trainer: Walking, Big Brain Academy, and the ever-popular Wii Fit selling in droves. Now, Australian game-industry analyst firm Macquarie Research is predicting...

What we heard: Nintendo has already successfully positioned itself in the lifestyle market, with games such as Personal Trainer: Walking, Big Brain Academy, and the ever-popular Wii Fit selling in droves. Now, Australian game-industry analyst firm Macquarie Research is predicting that Nintendo may have yet another mass-market game up its sleeve in the form of Wii Fit Plus.

Details are scant, but Macquarie is speculating that the fitness game will be unveiled at this year's Nintendo E3 Press Event (Tuesday, June 2 at 9:00 a.m. PDT), and will be available both individually and bundled with the Wii Balance Board. Recent trademark filings in the Japanese trademark database for Wii Fit Plus, as well as an English logo (pictured), have also surfaced on tech blog Siliconera. In addition, popular Nintendo-centric site GoNintendo is also touting a scan of what it says is an Amsterdam-based retailer's release list, which mentions the game. 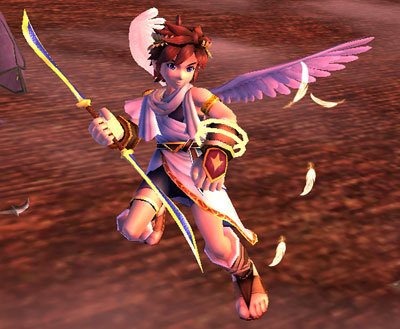 Signal Hill analyst Todd Greenwald also points toward a Wii Fit announcement at E3, though he does not go as far as to name-check Wii Fit Plus. Both he and Macquarie's team are furthermore expecting new "core gamer" Wii games to be announced, with new entries in the classic Zelda, Mario, and Kid Icarus (Nintendoeverything concept pictured) franchises being offered as candidates.

"With Wii hardware sales falling off dramatically in recent months, we believe Nintendo needs to do something in the coming months to boost sales," said Greenwald. "For the first time since launch, a price cut may even be considered (though not at E3)."

Both Signal Hill and Macquarie also sounded off on what they think might be in store at Sony's E3 Press Conference (Tuesday, June 2, 11:00 a.m. PDT). The former believes that Sony's dire financial straits will likely rule out any announcements about the console's cost at E3.

"Sony appears to be so cost-constrained that it may choose to wait to cut the price until it will have the maximum impact, and June may not be that time," explained Greenwald. "We do expect a significant price cut by the end of summer but are not convinced that it will come at E3, which may disappoint some investors." 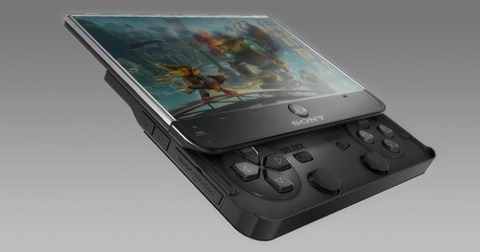 Though Greenwald would conjecture only that Sony "might" unveil a new UMD-less PSP at E3 (artist's rendition pictured), Macquarie was much surer. "We expect Sony to announce an improved PSP, including a sliding touch screen with only download game offerings (no UMD disc), as well as expanded PSN offerings. We don't think this will be well received, but we are worried the pricing might be well above the existing model's $199 price point," read its report.

Macquarie also lent credence to widespread rumors that Sony is readying a thinner PlayStation 3 model. Its analysts believe that "No price cut for PS3 is expected, but we think it likely the slimmer model is announced at the same current price of $399 and with a price cut of $100 closer to the holiday season."

"After the company at the last minute canceled the launch of a Wii-like controller last year, we think they will offer a new camera that enables interaction with the Xbox 360 without using a controller," read Macquarie's rundown. "As with any new hardware, it is more crucial what software offering is made. However, in the end, we still think users need a button in the hand to control a game and hence are doubtful this idea of no controller will take off."

Signal Hill offered two possible big "potential" unveils at Microsoft's E3 Press Conference (Monday, June 1, 10:30am PDT). Besides the previously mentioned camera, Greenwald suggested that a new portable would be a possibility, though he does not mention less-than-credible rumors of a "ZuneX."

The official story: Sony, Microsoft, and Nintendo all did not comment.

Bogus or not bogus?: As Wii Fit continues to dominate sales charts one year after its April 2007 release, a sequel is all but assured. But with the most devout Nintendans beginning to question their faith, Nintendo better roll out something for the hardcore. As for Sony, at this point it would surprising if it didn't unveil a new PSP, and mysterious threats of legal action didn't help dispel those Slimline PS3 rumors. Finally, with such respected journalists as Dean Takahashi--who has written two books on the Xbox--saying that the motion-sensing camera deal is done, expect it to be front and center at Microsoft's event.