Balance Board is part and parcel of Nintendo's fitness-gym-in-a-box when it launches May 19.

Retail Radar has proven to be a useful tool in the past, but it appears that last July's detection of a $70 price tag for Nintendo's Wii Fit was merely an errant flock of seagulls. The publisher said today that when the fitness simulator goes on sale on May 19 in the US, its one-time membership dues will total $89.99 for the game and the balance board. 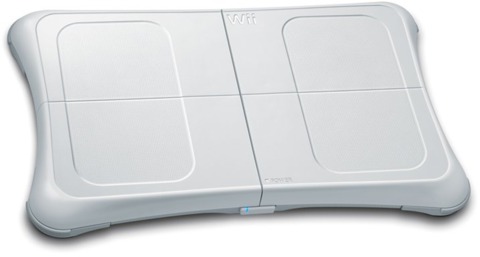 The $90 price tag is higher than what many expected after the game's ¥8,800 price--$75 at the time--was revealed for Japan last October. However, the floundering US dollar has since altered that conversion substantially, with ¥8,800 now being worth about $86.75. Wii Fit launched in Japan to ravenous consumer demand last December, and a European edition is expected to go on sale April 25.

In addition to officially confirming the price, Nintendo also announced a special preorder program available exclusively at the Japanese publisher's Nintendo World store in New York City. Beginning April 18, the first 1,000 people who put $5 down on Wii Fit will receive a limited-edition T-shirt featuring the mug of Nintendo's Shigeru Miyamoto along with his reproduced signature.

While Nintendo's training simulators have thus far focused on building the mind, Wii Fit offers more than 40 different exercises aimed at strengthening the body, with a focus on yoga, aerobics, strength training, and balance. For more on Wii Fit, check out GameSpot's recent preview. 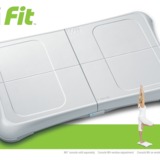