The Nintendo Wii has claimed the title of quickest console to reach 200,000 sales in Australia, according to figures by industry tracker GfK Australia. The Wii sold 200,000 units in 50 weeks, beating the previous record holders--the Sony PlayStation 2 and Nintendo DS--which both took 55 weeks to reach that mark. Back in June, the Wii also broke the quickest-to-100,000 units sold record, which was previously held by the Xbox 360 in Australia.

In contrast, it took the Xbox 360 roughly 68 weeks (or 17 months) to reach 200,000 in sales, while Sony's PlayStation 3 only just broke the 100,000-units-sold-in-Australia mark last week after its release in March this year. When GfK Australia released the Q3 sales figures for consoles in October, the Wii had a total install base of 167,899. This means that it has sold 32,101 units in seven weeks.

This new record comes at a significant time for Nintendo, as its holiday season titles are about to hit Australia. Next week sees the release of the highly anticipated Super Mario Galaxy. This is followed up on December 13 with Resident Evil: Umbrella Chronicles and the Wii Zapper bundle's release.

Nintendo has also set local the release date for Flash Focus: Vision Training in Minutes a Day as January 17, 2008, while Advance Wars: Dark Conflict has only been confirmed as coming out in the first quarter of 2008. 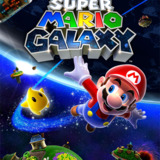