Why would anyone ever want to be a AAA game developer?

The gaming industry has a growing history of blockbuster hits built through abusive working conditions, and calls to improve are few in number, low in volume.

Why would anyone ever want to be a AAA game developer?

I've been asking myself that question a lot lately. I asked it when 38 Studios collapsed and former employees were stuck with second mortgages thanks to the company's gross neglect and/or lack of conscience. I asked it when Street Fighter X Tekken producer Yoshinori Ono talked about how Capcom mercilessly overworks its developers. I asked it when Ono suggested in the same interview that he doesn't ease up on his own subordinates, reasoning that they are younger and should be better able to deal with the workload. And I asked it last week when Activision thanked Radical Entertainment for the chart-topping Prototype 2 by shutting down the studio (or just gutting them to a skeleton crew who will lend a hand to the publisher's other projects, depending on which Activision statement you believe). 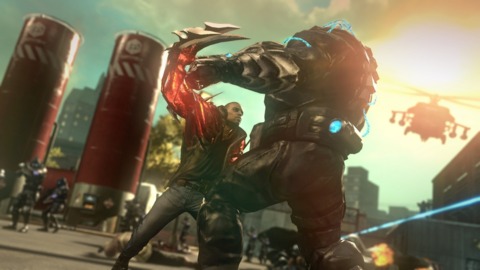 Making a game like Prototype 2 could get you a gold star and a pink slip.

Getting into top-tier game development these days seems like a losing proposition. Maybe you wind up working on a game that reviews well and sells enough to top the retail sales charts, but not enough to make it worth the publisher's while to keep the studio around. Maybe you spend years plugging away on an ultimately forgettable licensed action game and make the holiday release window, only to find pink slips in your Christmas stocking. Maybe a dysfunctional work environment and numerous delays keep you in a perpetual state of crunch, and maybe your complaints make headlines, but then nobody cares about it once that exploitive formula produces a blockbuster Game of the Year. And of course, there's always a chance you'll wind up working for a self-styled auteur who views you as a disposable and interchangeable cog in a machine designed to service his vision, one who doesn't consider the people he completely burned out along the way worthy even of simple acknowledgement in the game's credits.

The AAA game developer doesn't get enough respect to make the gig worthwhile.

And that strikes to the heart of the issue. The AAA game developer doesn't get enough respect to make the gig worthwhile. At best they get well compensated, with decent pay and lush offices full of amenities that would make them comfortable places to live, in part because they will be expected to live in them. Being a game developer must be like being a proctologist. Sure, the pay might be nice, but does it really make all the crap they have to put up with worthwhile? Actually, proctologists have a leg up in this analogy, considering there aren't legions of fresh-out-of-college kids with a passion for peeping up people's behinds.

Think back to 2009 and Activision CEO Bobby Kotick telling investors he wanted to take all the fun out of making games, saying, "I think we definitely have been able to instill the culture, the skepticism and pessimism and fear that you should have in an economy like we are in today. And so, while generally people talk about the recession, we are pretty good at keeping people focused on the deep depression."

Kotick understood that Activision had many talented developers working for him, and his strategy to retain them was to keep them fearful and unhappy. This is the winning attitude in the AAA game market today. It is a management style that identifies value in its employees, but seeks to punish that value, to make those employees that have brought it such success so timid and fearful of testing the waters that they'll continue to slave away in their current role because it's slightly better than the worst-case alternatives. To do that to another person is bad enough; to do that to a person specifically because they have contributed to your success is practically sociopathic.

It's baffling to me that even with the continued quality-of-life issues the industry faces, I don't hear more developers publicly floating the idea of a union. Even though a Google search for "game developers union" brings up the International Game Developers Association website at the top of the list, the page doesn't even include the word "union," and the group itself seems to have a hard enough time fighting to have developers credited for the games they work on, much less organizing them into a group capable of sparking necessary changes. 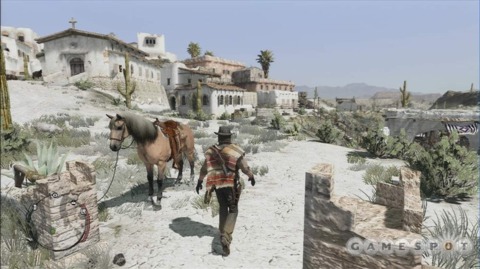 I asked International Game Developers Association executive director Gordon Bellamy about the lack of public discourse regarding a possible game developers union, but the ordinarily gregarious and available Bellamy let multiple inquiries go unanswered. Former IGDA executive director Jason Della Rocca was more accommodating, telling me that unions had been a frequent point of contention among IGDA membership when he was in charge of the group, even if that debate wasn't always aired in public.

"I think fundamentally there's a certain embarrassment over the whole topic. There's an embarrassment and a degree of fear."--Della Rocca, on the industry's reluctance to talk openly about quality of life issues.

The embarrassment stems from the fact that these issues keep cropping up, which indicates mismanagement in project leadership that can only be offset by actions detrimental to developers' quality-of-life (like prolonged crunch). The fear on developers' part is rooted in possible retribution.

"If you speak out over time on quality of life issues, poor project management, etc., you have the potential of being seen as lazy, of not having the passion to put in the effort everyone else does, of not being as committed," Della Rocca said.

One problem is that the sad state of affairs has become accepted as the norm, Della Rocca said. Some game development schools have programs that replicate crunch time conditions so students are prepared to handle it as a matter of routine. Other developers romanticize crunch as a bonding experience, proudly accepting the challenge with bravado. Still others don't have the confidence to speak up to their managers, which only helps perpetuate exploitive working conditions.

"You know that if you're seen as a slacker that there are 10 other kids knocking at your window, staring at your seat, just waiting for you to keel over so they can jump in your chair. That kind of supply and demand doesn't help the situation. If there wasn't a lineup of kids out the front door, I think the attitude would be slightly different. The managers would be treating each worker a little more preciously."

As for unions specifically, Della Rocca doesn't think the issue is fully understood in the industry, and isn't convinced it would actually solve the problem. While it might address some symptoms, he said it wouldn't address the core problems. Many of those would be relieved by proper project management, which Della Rocca says needs to be taught in game development schools. One of the behaviors he said feeds into poor management is the industry's habit of promoting from within, ignoring that a great artist or coder doesn't necessarily have scheduling and leadership abilities in their skill set.

So if you're dead set on becoming a AAA developer, you need to understand that you're likely signing up for a dysfunctional relationship. Many employers don't want or need to treat you with respect. You will be expected to sacrifice for them: your weekends, your health, maybe a marriage or two. In return, they will look at you as an expendable resource, and one that can be easily replaced when depleted. They will foster an atmosphere of skepticism, pessimism, and fear because their employee retention plan is to limit your perceived options. If you dare to speak up or try to improve things, you will face entrenched resistance, both from your employer and from the very co-workers who would benefit from better conditions.

Again, why would anyone choose this?