Why Tomb Raider Failed as a Reboot

Lara is a vaguely established character in other games, and for this reboot we were told that this game would redefine her. But did it really?

Editor's Note: This is part of an ongoing series of featured blogs from GameSpot users.

There is a creative strain in both films and gaming where old franchises are being resuscitated and updated to appeal to modern sensibilities. Arguably, the most successful film reboot of recent years was Batman Begins, directed by Christopher Nolan. Rather than merely redressing what we already knew about Batman, the film gave new insight into why Bruce Wayne transformed himself into a crime fighter and where his moral values stemmed from.

Although working in a separate medium, Crystal Dynamics' cinematic reboot of Tomb Raider is a missed opportunity to offer similar insights into the beginnings of their popular heroine Lara Croft. Rather than critiquing the game's mechanics, I will provide a discourse as to why I believe the story fails to establish Lara's background and personal values and why her psychological transformation is undermined by the conventions of the action genre. 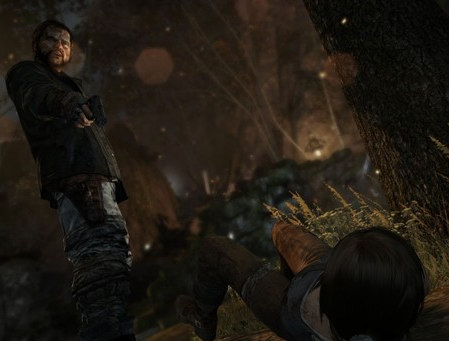 One of the major reasons why Tomb Raider fails as a reboot is because its narrative never justifies itself as one. Consider the opening sequence on the ship the Endurance. The developers rest on the assumption that gamers already know who Lara is, opting to breeze through the introduction without dedicating any time to establishing her history, personality and inner life.

What sort of person was Lara as a student? What was her relationship to her parents? How did they feel about her going on this expedition? The game is impatient, skimming past these details so that it never earns the moments to make us care about Lara before putting her in danger.

The game attempts to characterise Lara as a survivor with her voice-over suggesting she looks inside herself for inspiration and drive: "When life flashes before us, we find something. Something that keeps us going." This is true of Bruce Wayne's character whose guilt over his parents' death fueled his sense for justice. Yet what is the inner motive in Tomb Raider? The game briefly suggests its Lara's guilt for deciding to sail into the storm and being shipwrecked. 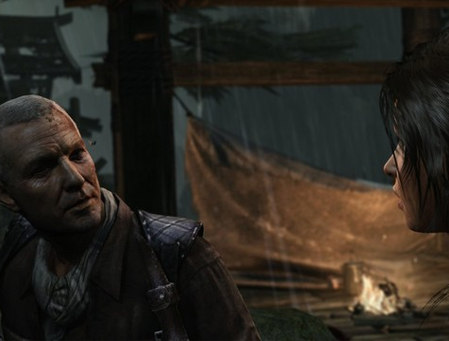 However, when the game attempts to draw power from Lara's heritage, lines such as "You're a Croft" are weightless and hollow because in the vacuum of this story we don't know the value of her legacy. Listen to another self-reflection at the end of the game: "I resented my father," Lara says. This revelation rings false because a thread of conflict between Lara and her father is never established consistently throughout the narrative.

Further, what new characteristics do we learn about Lara from this reboot? She's tenacious and brave in saving her friends, but aren't those qualities already typical of the character? The thudding moroseness of the game's grizzled tone also denies Lara any self-awareness or wit, meaning her personality lacks the charisma and spark of her rival Nathan Drake, whose comedic energy perfectly matches Uncharted's comic book aesthetic.

Beyond her grit and toughness, Lara feels interchangeable with other gaming heroes, lacking the distinctive idiosyncrasies that could have distinguished her. The simplicity of her personality results from the game's dependency on action, rather than a willingness to explore a psychological transformation. While being strangled, Lara wrestles a pistol free and, through a series of button prompts, she shoots her attacker dead. This was deemed a significant turning point by the developers, as it's the first person Lara has ever killed.

Yet kills in the game don't form psychological barriers--they're treated as bonuses. Once the player regains control, Lara is guided to the next area where she shoots another two men dead. Experience points are earned and can be used to give Lara more effective ways in which to kill people. 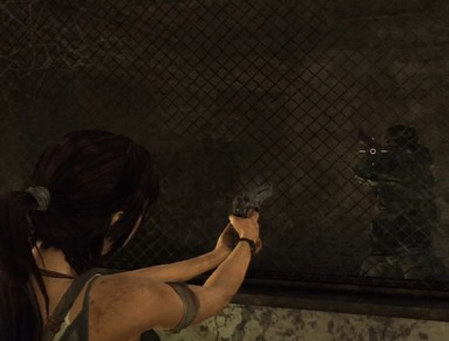 Whenever Lara's dialogue grows angrier in tone, the effect is cosmetic. There are no psychological repercussions to her kills, or any insight into how murder affects the person she used to be, because her character doesn't exist prior to the Endurance.

Tomb Raider shouldn't be exclusively criticised for failing as a reboot, but it amplifies the disharmony between games and storytelling. Do gamers care about being emotionally attached to who they are controlling? If so, how much playing time are they willing to sacrifice if developers are to dedicate longer stretches to characters and exposition?

Great storytelling is a result of time management; how much information can be conveyed about a character in only a few scenes? Recently, I've seen an increasing number of Hollywood films sacrificing the opening thirty minutes to dive into the action sooner, rather than developing their characters and their motives.

This leaves a separate, irresolvable question about which medium is imitating which. Tomb Raider rests in both camps. It wants to be a highly cinematic reboot, a la Batman Begins, but like most games, it doesn't dedicate the time to understand its central character. It leaves Lara functioning more like an avatar than a compelling figure whose origin roots we can fully invest into.

There are 312 comments about this story
Load Comments (312)